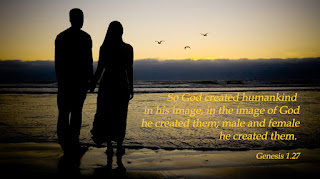 The term “moorings” most often refers to a place where a ship, boat, or aircraft is fastened or tied down. But it also can mean one's stability or security. This is what I find steadily being called into question. Our rational stability.

Here in Illinois, as in many other places in our nation, we have lost our moorings on human sexuality. This, in turn, has led to our loss of common sense in balancing the rights of people. The consequence has generated absurdities in such things as restroom policies, legal judgments, and unbelievable financial settlements.

To illustrate this, I refer you to the recent developments with a person who has pursued a “sex change” and has been employed by Hobby Lobby in East Aurora, Illinois, since the early 2000s. Early on, this person was decidedly male. Born that way.

In 2007, Mr. Sommerville decided to make a medical transition from male to female. A few years later, M. Sommerville (which I will use) legally became known as Meggan and began dressing and wanted to be introduced as a woman at work. At the same time, Sommerville formally told the Hobby Lobby manager that “she” now intended to use the women's restroom.

Hobby Lobby has clearly self identified as a firm that believes in the Holy Scriptures. They believe what was said in Genesis, chapter 1, on God creating two sexes—male and female. Thus they, like all rational establishments for the last several thousand years, provide restrooms for guys…and gals.

Since we have gone down the bizarre road of gender reassignment surgery, matters of restroom use have become “complicated.” As Hobby Lobby discovered. Their unwillingness to allow “Meggan” to use a restroom she would never have used earlier in life cost them big bucks. To the tune of a $220,000 legal settlement.

The award was given because Hobby Lobby discriminated. But did they? M. Sommerville worked at the company all through his transitioning surgery. While Hobby Lobby may not have agreed with this, nonetheless the person was treated respectfully and fairly. Not with discrimination. Just please use the restroom that you were biologically created to use.

But our modern forms of government don’t see things this way. Unlike the Bible, within the Illinois Human Rights Act, "sex" is defined as the status of being male or female, not necessarily pertaining to a person's reproductive biology. Our courts uphold such nonsense.

M. Sommerville explained to the court that such treatment “led to disturbing, recurring nightmares, severe anxiety and physical issues related to avoiding using the restroom at work.” But hold on. Suppose the other employees had shared with the court that if M. Sommerville used the wrong restroom, THEY were having nightmares! Would their “rights” be protected? Not in today’s misguided system.

However, apparently Hobby Lobby offered to change its criteria for who could use each restroom. Sommerville was reportedly advised “she” could use the women’s facility if she underwent genital surgery or showed a birth certificate that identified her as female. Not gonna happen.

Of course, this is the same battle being waged by the gender fighters who want to use their choice of dressing and locker rooms and showers even at the high school level. Again, our Illiinois schools and courts have much higher regard for the one person who wants this accepted versus the many who don’t.

Back to the Bible. Fortune Magazine reported that in reference to gender expression, “the LGBTQ advocacy group, Human Rights Campaign, argues those opposed to transgender identity are ignoring the most revered lessons from the Bible about love, acceptance and judgment of others.”
Those are certainly godly ideas. Maybe the HRC missed this godly affirmation in Matthew 19:4, “Jesus answered, ‘Have you not read that from the beginning the Creator ‘made them male and female?’” Duh.

Transitioning values have loosened are moorings. What will you hold on to for stability?
That’s Forward Thinking. Click on the link to the right to connect via Facebook.
You can find a number of YouTube episodes and podcasts of Mark’s program, Moving People Forward at https://www.youtube.com/channel/UCosyuBzdSh1mXIas_kGY2Aw?
For more information on the Elfstrand Group, please visit www.elfstrandgroup.com
Articles of interest:
https://www.washingtonpost.com/nation/2021/08/18/transgender-bathroom-hobby-lobbby/
https://www.forbes.com/sites/dawnstaceyennis/2021/08/15/hobby-lobby-loses-11-year-fight-to-block-trans-woman-from-bathroom/?sh=640a3296c3a7
Posted by Mark Elfstrand at 1:00 AM