Be All You Can Be 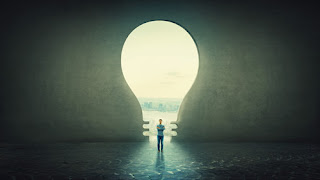 How much “potential” do you have? It was Napoleon Hill who challenged his followers with this maxim in his 1937 book, Think and Grow Rich: “Whatever your mind can conceive and believe, it can achieve.” Defenders of Hill will acknowledge various absurdities are not possible. Just because you believe you can fly doesn’t mean you should jump off a building or a bridge or out of an airplane to test it.

Certain parameters must be met. Like living in reality! My own wife was inspired by her mother telling her “You can do anything you put your mind to.” and “If those other people can do it, so can you!”

Recently, I read an article about Elon Musk. You could almost conclude that his drive for success was so powerful, that he willed Tesla into the amazing company it is today. He apparently has crushed an undetermined number of lives in the process of developing this company.

Steve Jobs also proved to have a remarkable ability to take an idea and guide it successfully into business orbit. Sort of like a Musk rocket. Except Jobs went on his mega-run with something called the iPhone.

Both men were able to conceive something remarkable. They believed in their ideas. And they achieved “greatness” in terms of worldly success. Musk, of course, is still expanding his empire.

But what about you? How much potential do YOU have? Via the internet, we can learn that the 1950s and ‘60s were when the “human potential movement” (HPM) gathered steam. Glenn Doman and Carl Delacato were founders of The Institutes for the Achievement of Human Potential in 1955. Doman was quoted as stating, "Every child born has, at the moment of birth, a greater potential intelligence than Leonardo da Vinci ever used.” Impressive! You go, girl! Or…guy!

There seems to be some evidence that the HPM can be tracked closely to Abraham Maslow’s theory of self-actualization. Wikipedia notes that “He (Maslow) also coined the term 'metamotivation' to describe the motivation of people who go beyond the scope of the basic needs and strive for constant betterment.” Ah…the great untapped potential.

If you need help developing your unused and untapped resources, there are places you can turn. A web search on human potential can get you started. But be careful. Some organizations seem to lead to odd spiritual involvement – even cultish.
I found an article on livereal.com titled “What is ‘Human Potential’? A Brief Introduction” that helps sort out the questions.

When we use the words “human potential,” what do we mean, exactly?

And then, this reality check…
I’m fairly confident that the increase in the number of “personal coaches” is an indicator that people both want and need to be pushed harder to reach their potential. Usually, you find such coaches retained by the self employed. In most businesses, management serves as the “motivator.” Like Elon Musk. (Gulp!)

In the sports world, coaches serve this purpose. Great coaches know how to push (or pull) talented athletes to the next level. Good teachers can do that as well.

In the spiritual life, the Apostle Paul was such a person. He was always encouraging followers of Jesus by saying things like “press on,” “renew your mind,” and “stay the course.”

If there’s one simple lesson to be remembered about potential, it’s that you are not yet what you could be.

That’s Forward Thinking. Click on the link to the right to connect via Facebook.
You can find a number of YouTube episodes and podcasts of Mark’s program, Moving People Forward at https://www.youtube.com/channel/UCosyuBzdSh1mXIas_kGY2Aw?
For more information on the Elfstrand Group, please visit www.elfstrandgroup.com
Articles of interest:
https://www.livereal.com/psychology/human-potential/
https://www.humanpotentialinstitute.com/about-us/
Posted by Mark Elfstrand at 1:00 AM