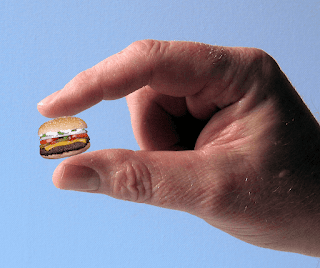 True or false: Candy bars are smaller than they used to be. The answer? Depends. Some have increased in size. Others have shrunk. Getting to the bottom of the wrapper on this issue is a bit more difficult than you’d imagine.

MoneyGuru studied this question. They were able to determine that more than 2,500 products in the UK have been shrinking in size. Chocolates were highly affected: as much as 17% from their original size.

And boy do we love our chocolate! If you are an average American, you will consume 22 pounds of candy per year. Almost half of that will be chocolate!

And what is the most popular chocolate candy? Again, tough to get a fully accurate read. Two surveys blended together came up with a top 3…Hershey bars, Reese’s Peanut Butter Cups, and…Snickers.

Snickers held the top spot for years. When first introduced in 1930, the price was a mere five cents. Obviously, economic times have changed. Snickers is now sold in over 70 countries around the world.

Truth is, many products have shrunk in size but not in price. This is commonly known as “shrinkflation.” CNN Business wrote about this a couple of weeks ago. They attribute customers’ awareness of size differences to the more significant notice of price increases.

Increased costs for commodities, transportation, labor, and a number of other expenses require action. Manufacturers then raise prices and pare down the sizes of the products. Who pays for this game? You do.

This shrinkflation can be found in products well beyond candy. Various kinds of chips, ice cream, and even toilet paper rolls are victims. Apparently, there is a watchdog source to check this: Reddit forum. Their mission is to document “everything from smaller deodorant sizes to iced tea bottles.”

I’ve noticed this in breakfast cereals over the years. Was it my imagination? Not at all.

A CNN source relayed that in Massachusetts he discovered that the Cocoa Puffs family size box had dropped from 19.3 ounces to 18.1 ounces. Simultaneously, Cinnamon Toast Crunch had fallen from 19.3 ounces to 18.8 ounces. Did the price drop accordingly? Surely you jest. No, both sizes were priced at $3.99. You just lost out on a bowl of cereal in that smaller box!

Perhaps one of the true artists of price manipulation is Walmart. Consumers will travel through the aisles and see the signs saying, “New Lower Price!” Walmart has run many ads showing price dropping signs. It creates an impression that this is happening all the time. Do you ever see any signs that tell you when they raise their prices? That IS something they do all the time. And I’m quite sure other companies use the same tactics.

Where it becomes morally delicate is when you think you are getting the same amount of something but you aren’t. Like in the cereal example. Note—no wording on the box tells you, “New Smaller Quantity!” Of course not.

Concern over giving people what they think they are getting is not new. Early on in the Bible, the issue was addressed: “You shall not have in your bag two kinds of weights, a large and a small. You shall not have in your house two kinds of measures, a large and a small. A full and fair weight you shall have, a full and fair measure you shall have, that your days may be long in the land that the Lord your God is giving you. For all who do such things, all who act dishonestly, are an abomination to the Lord your God.” Deuteronomy 25:13-16 (ESV).

Later, this principle is applied to paying employees! “Behold, the wages of the laborers who mowed your fields, which you kept back by fraud, are crying out against you, and the cries of the harvesters have reached the ears of the Lord of hosts.” James 5:4 (ESV)

The Bible doesn’t say shrinkflation is evil. Trying to deceive people, however, is.

That’s Forward Thinking. Click on the link to the right to connect via Facebook.
You can find a number of YouTube episodes and podcasts of Mark’s program, Moving People Forward at https://www.youtube.com/channel/UCosyuBzdSh1mXIas_kGY2Aw?
For more information on the Elfstrand Group, please visit www.elfstrandgroup.com
Articles of interest:
https://cstoredecisions.com/2010/03/29/snickers-celebrates-80-years/
https://www.eatthis.com/most-popular-candy-bars/
Posted by Mark Elfstrand at 1:00 AM