The Courage to Lose 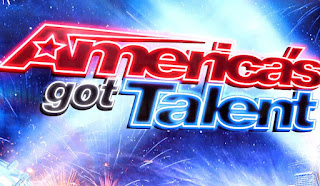 With the Olympics ending, we are ready to resume the schedule of America’s Got Talent (AGT) episodes seen each Tuesday night on NBC. And now it gets really interesting. Only 36 acts were chosen to move forward from the myriad of “talent” that applied. Earlier auditions gave us a glimpse of the truly talented, along with the bizarre and those who should have had a reality check before applying.

Those moving on now do live performances and were selected by the four judges: Simon Cowell, Howie Mandel, Sofia Vergara, and Heidi Klum. Cowell created the program as well as the British version. And he is clearly the one who feels most comfortable handing out rejection notices.

I enjoyed the show when it first started, but then I quit watching for several years. The reason? Two words: Howard Stern. Let’s just call it “a personality disagreement.” I’m sure I’m not his “cup of tea” either.

In my return to watching AGT, I was surprised that a number of contestants were not actually from America. They’ve been fun to watch and it’s to their credit that several travelled great distances to participate. But…it IS called AMERICA’S Got Talent.

The reason why the program appeals to me can be easily summed up. The acts draw out strong emotions in me. Few people ever see me shed tears. But I do often while watching AGT. Call it cheering for the underdog. Or joy in watching the remarkable giftedness often hidden that is now exposed to cheering crowds. Often, it’s the memorable and sad stories that accompany an act.

It certainly happened this season. Stories like Jane Marczewski’s, aka Nightbirde. This musical artist garnered a standing ovation when she auditioned for AGT in June. You can still watch the video of her stunning performance. It’s received more than thirty million views on YouTube.

Jane’s story is particularly compelling in that she has been dealing with a terminal cancer diagnosis. The woman was given a 2 percent chance of survival. After her performance, here is what she told the four judges, “It’s important that everyone knows that I’m so much more than the bad things that happen to me.” After this, the normally less-sensitive Simon Cowell walked up on stage and hugged her. Very moving.

But Ms. Marczewski’s road has taken another dark curve. A few weeks ago, her Instagram followers (over 700,000) were given this message: “Since my audition, my health has taken a turn for the worse and the fight with cancer is demanding all of my energy and attention. I am so sad to announce that I won’t be able to continue forward on this season of AGT.”

Then we have the husband and former school teacher whose wife died in the helicopter crash along with basketball star Kobe Bryant. He sang a song dedicated to his deceased wife as his three children looked on. And then there was the man whose female dance partner is 95 years old! He was swinging her around like she was 20!
Those who come to perform as stand-up comedians are among the group that gets the most respect from me—if they are good. One of the judges, Howie Mandel, is a comedian himself. He appreciates how hard it is to genuinely make people laugh. Oddly, once you are very successful at it, you can get laughs when you come onstage. People KNOW you are going to be funny ( see Steve Martin).

Other television series showcase talent—mainly musical performers—shows like The Voice and American Idol. And those dance competitions. But AGT is different. The variety they feature creates many surprises. This includes the very young who display remarkable poise and talent as their parents cheer from the sidelines.

Jane Marczewski summed up what many contestants discover in their efforts to win the million dollar prize : “Life doesn’t always give breaks to those that deserve it—but we knew that already.”

King Solomon said it this way, “Here is something else I have learned: The fastest runners and the greatest heroes don't always win races and battles. Wisdom, intelligence, and skill don't always make you healthy, rich, or popular. We each have our own share of misfortune. (Ecclesiastes 9:11, CEV)

Yes, it takes a lot of courage to risk losing. With millions watching.
That’s Forward Thinking. Click on the link to the right to connect via Facebook.
You can find a number of YouTube episodes and podcasts of Mark’s program, Moving People Forward at https://www.youtube.com/channel/UCosyuBzdSh1mXIas_kGY2Aw?
For more information on the Elfstrand Group, please visit www.elfstrandgroup.com
Posted by Mark Elfstrand at 1:00 AM