Time to Take a Knee 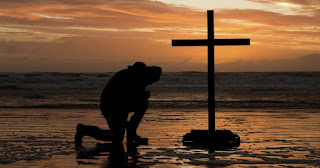 We’re almost half way through 2020. The suspense might already be building for who Time Magazine will select as the “Person of the Year.” Will it be Dr. Anthony Fauci—the now legendary face of government on COVID-19? Will it be Joe Biden—if he upsets the Trumpster, much to the delight of all media who hates him with a passion? Or will it be…George Floyd?

It’s inescapable to not think that had it not been for the tragic way by which he lost his life, the world at large would never have known or thought of this man. His death at the hands of four police officers has solidified his place in history. His persona has risen to hero status.

Unless a miracle cure shows up, or a vaccine to fight off the coronavirus, my money is on George Floyd. But I’m not a betting man. The cause of civil rights and the evils of racism are themes that win the day for journalists.

Some might even suggest that Colin Kaepernick be nominated. After all, the former NFL quarterback was the victim célèbre of kneeling during our national anthem. Now he has a host of voices apologizing for not recognizing his contribution to our public awareness. Even the commissioner of the NFL has re-thought kneeling.

Hopefully, we’re now all on board with the idea that black lives matter. Or we should be. That message, in some form, has been around a long time.

But who determines it is true? Without a source of moral truth—an idea mocked in the very minds of many who advocate social justice and racial fairness—we are left to the poor secular mind to create our values. That is, for the most part, worthless.
It is many of these social issue righteous ones who yield up their souls for the right to kill babies by abortion. Black babies, too. Millions of them. What happened to black lives matter here?

It is the same secular minds within Hollywood that value talent only as far as it makes them rich or gives them pleasure. How about all the actors and actresses pitching us on their ideas of how to get along while dumping spouse after spouse? Do those broken lives left behind matter?

Then there are the famously rich. Some are seemingly quite generous and now are offering large sums to be seen as caring about the disadvantaged black or brown population in our nation. For some reason, do these groups matter more now?

The church cannot escape this either. Millions who participate in weekly worship services being told to “love your neighbor as yourself” somehow have a new idea of what “neighbor” means. Really?? You’re just learning this?

Many of the protestors believe that a big step forward is to tear down statues of historic American leaders who failed the test of being shining cultural examples. But this is hypocrisy as well. What god-like idols are being held onto by these protestors—some who loot and destroy property?

To answer the question as to who decides whether black lives matter, or whether any lives matter, requires an ultimate judge of righteousness and justice. And there is only One. He is the immortal, invisible, God only wise!

It is He who has determined that all human life is made in His image. It was His Divine Son who on His cross of crucifixion would say, "Father, forgive them; for they do not know what they are doing.” Luke 23:24 (NASB) And then He died. To forgive all of us who will accept His gift for our foolish and sinful lives.

Put in the most glorious way, your life matters. Red, yellow, black, brown…even white. All are precious…in His sight.

Let’s not kid ourselves. None of our “Person of the Year” candidates hold a candle to the Righteous One.

And one day…to Him…we shall all take a knee. (Romans 14:11)
That’s Forward Thinking. Click on the link to the right to connect via Facebook.
Enjoy the new Moving People Forward YouTube program and podcast at https://www.youtube.com/channel/UCosyuBzdSh1mXIas_kGY2Aw?view_as=subscriber and https://www.iheart.com/podcast/966-moving-people-forward-49183339/ respectively.
Posted by Mark Elfstrand at 1:00 AM