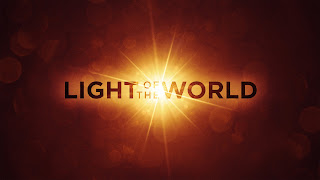 This past week has revealed this to me: it’s hard to build a complete picture of injustice in our world today. Living in times when mobile phones with cameras can document the acts of seeming inhumanity should be sufficient warning to us. The multiple acts of violence witnessed by cameras against African Americans has re-opened old wounds.

The response this past week has been different than in past times. The sheer number of people involved in protests is much higher. The passion seems to run deeper to see change. The protests have brought together voices not normally seen in unison.

But then there was the rioting…and looting. Not civil disobedience for the cause of civil rights. This is the kind born out greed, selfishness, and hatred, but using an opportunity to blame the actions of the perpetrators on the system. What message does that send?

George Floyd is the victim of the moment. His tragic death has been positioned above others. Just a few days back it was Ahmaud Arbery. Chicago has had our share of victims. In 2014, the nation was alerted to police acting badly when a squad car dashcam video presented haunting images of the killing of Laquan McDonald. The unarmed teenager was shot 16 times by a Chicago police officer.

Other victims' names were added shortly thereafter. We would see and hear of the fatal police shootings of Quintonio LeGrier, Bettie Jones, and Harith Augustus. It was reported by the Better Government Association that two-thirds of the 70 people killed by Chicago police from 2010 to 2014 were African American. None of these generated the protest activity and calls to action as George Floyd.

Face it. Racism makes the news and drives the protests. It is a deep problem. But what about the other victims of hatred? Every single week in Chicago, we get reports of how many lives have been changed by gang killings or personal vendettas on our streets. It’s gruesome. These lives actually don’t seem to matter as much. Except to loved ones.

Also missing in the renewed call for moral reconciliation is the broader topic of discrimination. Race generally tops the list. Gender bias is grabbing more headlines these days. Is there any passion for the call for justice in age discrimination? Be assured it exists.

A little closer to home for many of us is religious discrimination. Jews and Christians alike are seeing this in plenty. Anti-semitism appears to be on the rise worldwide. Christianity in America sees battles constantly over issues of life and liberty. Neither faith tradition sees protests over the abuses they have taken.

Worldwide persecution of Christians is at an all time high. Kidnappings, rapes, and brutal murders can destroy entire communities. In January of this year, the ministry Open Doors reported these grim statistics: “Every day, 8 Christians worldwide are killed because of their faith. Every week, 182 churches or Christian buildings are attacked. And every month, 309 Christians are imprisoned unjustly.” The cries of protest are but mere whimpers.

Like I said at the beginning, it’s hard to get a complete picture of injustice in our world today. It’s even harder to separate the authentic responses calling for change from those that capitalize on tragedy for their own purposes. But God is able to distinguish that which is genuine.

And one more thing. I feel for the person who doesn’t tow the current line of sentiment in the approved way. Just ask Drew Brees. — except he dare not speak lest he be cast aside by his sports world brothers.

The measure that will convince me that hearts have been truly illuminated to injustice will be revealed over time. If real, we will see a generation and then another generation embracing the call to work steadily to break down racism and discrimination. Let’s see if the blinders truly have come off.

My honest appraisal? Sin-sick souls cannot fix themselves. The light can shine in such a way to reveal the acts of hatred and self interest. But only when the light permeates the soul can the heart truly change.

The Gospels tell us, “Jesus spoke to the people once more and said, 'I am the light of the world. If you follow me, you won’t have to walk in darkness, because you will have the light that leads to life.’” John 8:12 (NLT)

Looking for a way forward in days of protest? Follow Jesus.
That’s Forward Thinking. Click on the link to the right to connect via Facebook.
Enjoy the new Moving People Forward YouTube program and podcast at https://www.youtube.com/channel/UCosyuBzdSh1mXIas_kGY2Aw?view_as=subscriber and https://www.iheart.com/podcast/966-moving-people-forward-49183339/ respectively.
For more information:
https://www.chicagotribune.com/nation-world/ct-nw-ahmaud-arbery-georgia-shooting-racial-terror-legacy-20200509-frqnudpoqzgbfabv2qh6iamdwm-story.html
https://www.christianitytoday.com/news/2020/january/top-christian-persecution-open-doors-2020-world-watch-list.html
https://jimdaly.focusonthefamily.com/senator-tim-scott-says-solution-to-racism-and-riots-are-prayer-and-change-of-heart/?utm_medium=email&utm_campaign=908301&refcd=908301&utm_source=ENewsletter&seid=114466060
Posted by Mark Elfstrand at 1:00 AM