A Man of Honor 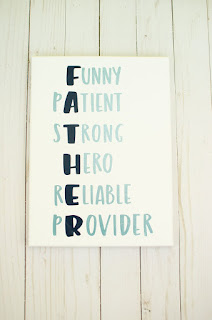 I miss the television dads of a bygone era. My favorite western TV dad was Lucas McCain (Chuck Connors). He proved to be a very solid single father. As did Fred McMurray in playing the role of a widower and aeronautical engineer, Steven Douglas. He was raising three sons.

Family men who stood out as model dads were Hugh Beaumont—Ward Cleaver on Leave It to Beaver. He was an ordained Methodist minister. Let’s not forget some other dads like Andy Taylor! (Andy Griffith). And Howard Cunningham (Tim Bosley) on Happy Days. Or Mike Brady on the Brady Bunch (Robert Reed).

The Family Matters patriarch Carl Winslow (Reginald VelJohnson) had his hands full! And Bill Cosby (all things considered) was a superb model father on The Cosby Show for several years.

To our own misfortune as a nation, many families are dad-less. Statisticians tell us that nearly 20 million children in America live without a father in the home. That equates to almost 1 in 4!

Much data has been gathered over the years to warn us what can go wrong when a father is missing. Children are more likely to grow up with financial challenges. School dropouts increase. The number of violent crimes of teens stems from boys growing up in fatherless homes. And teenage pregnancies increase among the girls.

Focus on the Family also reports:
The website askmen.com has a good article titled, “10 Traits that Separate a Great Dad from Just a Good One.” Here are some pointers from their list:
As for our Heavenly Father, the apostle Paul explained to the Romans, “He who did not spare his own Son but gave him up for us all, how will he not also with him graciously give us all things?” Romans 8:32 (ESV)

Never underestimate the value of a dad and the influence he has on lives. The man of honor will stay true to his wife and build character into his children. When he does, Father’s Day is even more special.

Appreciate your dad? Home Depot is waiting.
That’s Forward Thinking. Click on the link to the right to connect via Facebook.
Enjoy the new Moving People Forward YouTube program and podcast at https://www.youtube.com/channel/UCosyuBzdSh1mXIas_kGY2Aw?view_as=subscriber and https://www.iheart.com/podcast/966-moving-people-forward-49183339/ respectively.
For more information:
https://nypost.com/2020/05/27/christian-rocker-jonathan-steingard-no-longer-believes-in-god/
https://www.eternitynews.com.au/opinion/two-tributes-how-ravi-zacharias-impacted-my-life/
https://www.focusonthefamily.com/parenting/fatherhood-how-to-be-the-dad-your-family-needs/
Posted by Mark Elfstrand at 1:00 AM