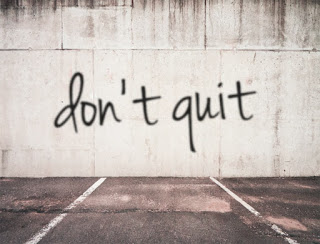 Today is Labor Day. Supposedly, we are to celebrate the advances made in our work world because of organized labor. But we seem to be having a shortage of labor.

They added that if you actually called that Panera Bread location, a voicemail message said, "Thank you for calling Panera Bread. This bakery-cafe is temporarily closed due to shortage of staff. We look forward to serving you in person as soon as possible.”

Our church also received a phone call about the Panera location near us. Same message. “Temporary closure.” They did not explain why, but personnel shortages are everywhere.

But why? Getting a handle on this is not so easy. It depends on whom you ask.

If it’s the heavily liberal leaning Washington Post, that rarely finds any fault in government handouts, they’re convinced those overly generous unemployment benefits aren’t the problem. They’ve made several efforts to convince you of this.

A May 13th story this year was headlined, “No, unemployment benefits don’t stop people from returning to work.” They even acknowledged, “Too many American workers, the argument goes, would rather stay home, play video games and collect unemployment than go back to work. And the rest of us are suffering as a result.” Well, yeah. But WAPO tells us study after study has “debunked this myth.”

In June, the paper ran this story, “Worker-shortage worries are real. But are they really so urgent?” Well, no, unless you’re one of the thousands of companies trying to stay in business. And then, like Panera, you either close until the problem is fixed, you close early because you have no workers, or you bribe those who will work by offering same day pay like a nearby Taco Bell.

To further their case, WAPO published another item on July 27th. Here’s the headline: “These businesses found a way around the worker shortage: Raising wages to $15 an hour or more.” Fine, if that was really the issue. But we’ve seen several stores offering that wage—or even more—that still weep for more workers.

On August 27th, INC magazine gave us this admission: “The Great Resignation is Here, and It's Real.” Now we’re getting somewhere. Or not.

Consider these numbers: “According to the U.S. Department of Labor, during the months of April, May, and June, (2021) a total of 11.5 million workers quit their jobs. Recent studies indicate that it's likely not over. A survey of over 30,000 workers conducted by Microsoft found that 41% are considering quitting; that number jumps to 54% when Gen Z is considered alone.”

People not being downsized. Not getting terminated for one reason or another. Just quitting.

LinkedIn reports 74% of those surveyed indicated that the time spent at home—either during shut-downs or working remotely—during the pandemic, had caused them to rethink their current work situation. Over half in several surveys cite stress and burnout in their current position. Others point to dissatisfaction in “jerk cost-cutting actions by their current employer in response to COVID-19.”

There were other reasons. Lack of fairness in promotions or merit increases and indiscriminate layoffs were mentioned. Some discovered that the benefits of a two income household no longer outweighed the costs. And the truly adventurous decided to try and start a business venture.

But the number no one can really give us with clarity are those who simply have decided they can make more money by not working. Or through the so-called “black market.”

One thing we know. When the party of free money collapses or the dreams fade, the jobs may have already been lost. A restart may take much time. Unless…unless…we feed the frenzy of free government handouts. But from whose pockets?

Proverbs 13:4 reads, “The soul of the sluggard craves and gets nothing, while the soul of the diligent is richly supplied.” (ESV)

I’m cheering for the diligent worker. That person has a future.
That’s Forward Thinking. Click on the link to the right to connect via Facebook.
You can find a number of YouTube episodes and podcasts of Mark’s program, Moving People Forward at https://www.youtube.com/channel/UCosyuBzdSh1mXIas_kGY2Aw?
For more information on the Elfstrand Group, please visit www.elfstrandgroup.com
Articles of interest:
https://www.washingtonpost.com › business › 2021/06/10
https://www.washingtonpost.com › business › 2021/07/27
Posted by Mark Elfstrand at 1:00 AM