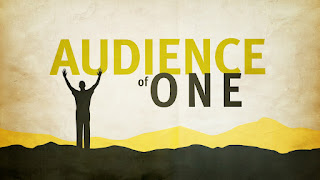 Very soon, we will be needing to board our family pooch. I don’t like doing it. Turning over this lovable pet to unknown parties for a week or so leaves me feeling a bit depressed. Any owner wants to believe their pet is getting the best care.

Our society has come to use Yelp reviews as a way to check out everything from restaurants to repairmen. Private schools to private investigators. Uber drivers to dating services.

Out of curiosity, I began looking over the reviews on Yelp for the veterinarian we use. Slightly shocking. About every other comment made was negative. Some said the people were only in it for the money. Others complained that tests were unnecessary. A couple said that the service they received was rude.

I admit we did have ONE somewhat concerning experience a few years ago. While traveling out of state, a wicked snowstorm came into the Chicago area. Our daughter was to pick up our dog on a Saturday and navigated the nasty weather to get to the vet office before it closed. Trouble is, it WAS closed. No one home! We had received no phone call alerting us of the problem, thus, no way to tell her.

But wait! What about those critters who were in cages and needed to get “relief?” What about feeding them or checking on their well being? Who's minding the store — so to speak?

Upon our return the following Monday, we learned that someone had been at the location earlier to take care of the pets. Thankfully. And they apologized profusely for not notifying us. And they gave us a price break on their services. Well……okay. Sort of.

So, does one “forgive and forget?” OR…does one go on Yelp and do a bit of yelping about the situation? I guess it depends on the person.

I definitely can see the advantage of having ratings on services such as Lyft and Uber. If your driver is rude or doesn’t show up on time or the vehicle is messy, let it be known! The company obviously values repeat business!

Restaurant food is a bit more subjective as is the service aspect. Appliance installation and repair people regularly miss the appointed time to show up. Rate them poorly? My car dealer always asks for “10s” even if they deserve “5s.” Some of this Yelp business sure feels like payback.

To my surprise, someone actually developed a ratings app for people! It debuted a few years ago. The brave soul behind the app was Julia Cordray. She called it Peeple and it was first launched in March 2016. Social critics derided it as the “Yelp for People.” It was taken down a year later.

When released, it was described this way, “Peeple is a social-networking app that lets people rate each other in three categories: Professional, Personal, and Dating.” One reviewer said, “Though its website claims that it's meant to be a positive space, it's also meant as a recruitment tool and for ‘asset protection,’ which implies that you can use the app to steer clear of people with low ratings.

It was also made known that the app was appropriate for users 21 and up. Definitely NOT recommended for kids. But the reviewer added, “Grown-ups might well steer clear, too.” Especially sensitive ones.

While I found the idea of this app entertaining, I certainly would not agree to be “rated” in this fashion. It could be way too demeaning. And I don’t want to rate other human beings in this way either.

But here’s the surprise. Jesus said in His famed Sermon on the Mount, “A good person produces good things from the treasury of a good heart, and an evil person produces evil things from the treasury of an evil heart. And I tell you this, you must give an account on judgment day for every idle word you speak. The words you say will either acquit you or condemn you.” Matthew 12:35-37 (NLT)

God has no need for Yelp reviews. The only perspective that matters is His. And it’s not just our words, it’s our actions being judged.

My recommendation is simple: Be eternity minded and learn to live for the Audience of One.

That’s Forward Thinking. Click on the link to the right to connect via Facebook.
You can find a number of YouTube episodes and podcasts of Mark’s program, Moving People Forward at https://www.youtube.com/channel/UCosyuBzdSh1mXIas_kGY2Aw?
For more information on the Elfstrand Group, please visit www.elfstrandgroup.com
Articles of interest:
https://www.gq-magazine.co.uk/lifestyle/article/friendship-rating
https://www.commonsensemedia.org/app-reviews/peeple
Posted by Mark Elfstrand at 1:00 AM