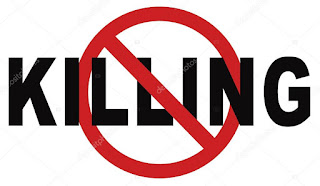 I read a most disturbing news item a couple of weeks ago. It involved a professor at Duquesne University, a school in the Pittsburgh area. The instructor is named Derek Hook and involves a video of comments shared by him in a summer session that he hosted.

In that video, at the top of his presentation, it says “White people should commit suicide as an ethical act.” Purportedly, Hook was quoting a South African philosophy professor named Terblanche Delport. In 2016, Deport wrote about white people killing themselves amid racial division in the former apartheid state.

Quoting from the news story, (link below) “‘The reality [in South Africa] is that most white people spend their whole lives only engaging Black people in subservient positions … My question is then how can a person not be racist if that’s the way they live their lives? The only way then for white people to become part of Africa is to not exist as white people anymore,’ Hook says, quoting Delport on a slide in the lecture.”

Duquesne University is a Catholic school. When contacted by Fox News about this incident, they aggressively denied there was any such intent of real “killing.” Their report claims, “He (Hook) did not make a statement advocating anything like what was suggested. In fact, he said that the statement in question was ‘crazy.’ He also said that the provocateur who used this example was wrong in suggesting any such radical action.”

Maybe. I have not been able to find anything that would convey what the takeaway from the students in this class was. And what was the objective of Professor Hook?

It is this kind of “crazy” approach in dealing with racism that keeps the issue a hot button in our culture. Moreover, there actually is ample evidence of calls being made for white people to apologize for who they are or what was done in the past. An entire industry has developed to help “correct this.”

What I do know is that for all the efforts that have been made to reduce prejudicial behaviors in America, “white privilege” still remains. I benefit from it. But I didn’t ask for it. And furthermore, I do not feel the need to apologize for my skin color. I had nothing to do with creating it—only advancing the potential for it by marrying a Caucasian woman and having children. But the last time I checked, which can be often, I’ve not witnessed discriminatory attitudes toward another race in any of my children.

In many people of color and from a variety of ethnic backgrounds, I have witnessed remarkable attitudes that enable forgiveness, overcoming, and pressing forward in spite of the inappropriate actions of others. A pastor I know personally who champions this mentality is Pastor James E. Ward. His website shows he is an advocate for “empowering people to be their best.” His book, Zero Victim, sets the right tone for discussion. It is subtitled, Overcoming injustice with a new attitude. It’s exactly what he has done. And countless others.

Is there a legitimate call for those of us who have benefitted by a certain skin color to respond to others with true brotherly love? All we need to do is to review Jesus’ powerful story of the Good Samaritan. (Luke 10:25-37) Here we find the challenge not to apologize for our ethnicity, but to love others with the same authentic passion as we would those of our own family.

I am blessed and grateful for the diversity of friends God has given me in life. I know God sees us of equal value. My job is to make sure I’m always seeking to do the same.

I don’t plan to “kill” myself to get there.
That’s Forward Thinking. Click on the link to the right to connect via Facebook.
You can find a number of YouTube episodes and podcasts of Mark’s program, Moving People Forward at https://www.youtube.com/channel/UCosyuBzdSh1mXIas_kGY2Aw?
For more information on the Elfstrand Group, please visit www.elfstrandgroup.com
Articles of interest:
https://jamesewardjr.com
https://www.newsmax.com/newsfront/duquesne-derek-hook-video/2021/09/02/id/1034801/?ns_mail_uid=69e9cd7a-b488-4eb9-88ce-82e5826fd3f0&ns_mail_job=DM252704_09022021&s=acs&dkt_nbr=01050210dlpy
Posted by Mark Elfstrand at 1:00 AM