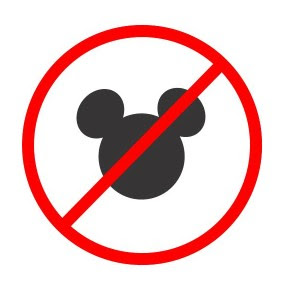 The last time I checked, Disneyland in California has not yet reopened. However, Downtown Disney with its shops and restaurants has been steadily reopening. That would include the Disney store.

In Orlando, things are different. Along with the free access to shops and restaurants at Disney Springs, Epcot, The Magic Kingdom Park, and other venues have reopened with varied restrictions. So time to open those billfolds and use those credit cards!!!

Not me. Aside from the free access places connected to the Disney parks, I’m not supporting the agenda-driven pretense to be the “happiest place on earth.”

My un-happy feelings began in paying exorbitant park entry fees. That amount is now $109 per day. Those feelings worsened when I discovered the typical closure of several rides for complete upgrades or repairs. (No discounts on tickets, of course.)

Covid-19 has significantly changed the environment for visits as well. No need for me to describe. But one thing hasn’t changed: the social agendas. You find it in the steady modifying of several formerly popular theme park attractions.
For example, three years ago, the Pirates of the Caribbean ride was modified so that a woman (formerly known as a wench) once sold as a bride has now become a pirate herself! I’m sure real pirates would be surprised at this progressive move. About a year ago, the Splash Mountain flume ride got a makeover. This attraction had a story line inspired by Song of the South—an earlier Disney film now considered outdated. In fact, Disney no longer makes the film available. Apparently, we can’t have any positive perspective post-Civil War plantation life depicted.

Ever taken a ride on the Jungle Cruise? Recent modifications remove what the “woke” culture considered “negative depictions of ‘natives.” New elements were added for a better impression and timed well for a new summer movie release!

Then, of course, there’s been Disney’s growing affection for LGBTQ lifestyles. Come June, they usually set aside a week for “Gay Days.” But alas, this year’s “celebration” has been postponed until 2022! Probably because of the limitations on attendance.

But never fear! Disney has found a way to be the social advocate and still get your money! Recently announced was the Mouse’s new Rainbow Disney Collection. We are NOT referring to God’s covenant with His creation. Rainbow t-shirts for kids and adults for just $29.99! A plush rainbow Mickey for $24.99. Rainbow face masks to wear your “pride” out and about–2 for just $12.99!

On the website, one picture with two pride-filled people tells you “Pride is Magical!” Another encourages you to wear your gay feelings “Loud and Proud.” And, of course, you can’t miss the purported “love” messages on several items.

So your trip to Disney puts all of this in your face while you take the children and spend bookoo bucks to supposedly buy a dose of happiness. Don’t kid yourself! If a trip to Disney is what it takes to be “happy” you definitely have the wrong Kingdom in mind.

I may have to re-think getting those older good movies once produced by Walt & Company and now on the Disney channel. Their cartoon series The Owl House included a bisexual main character. Last year, the Disney-Pixar animated film Onward included a character who was a lesbian.

No one can deny we are living in a rapidly changing world. The influences on us to bend our convictions on matters of sin is ever growing. It’s a huge challenge to help our children and grandchildren understand this. It’s even worse when we spend the resources God entrusts us with to support the messengers of evil.
As the apostle Paul wrote to the Ephesians, “For this you know with certainty, that no sexually immoral or impure or greedy person, which amounts to an idolater, has an inheritance in the kingdom of Christ and God.” Ephesians 5:5 (NASB)

Followers of Jesus must decide–with which Kingdom do you stand?
That’s Forward Thinking. Click on the link to the right to connect via Facebook.
You can find a number of YouTube episodes and podcasts of Mark’s program, Moving People Forward at https://www.youtube.com/channel/UCosyuBzdSh1mXIas_kGY2Aw?
For more information on the Elfstrand Group, please visit www.elfstrandgroup.com
Articles of interest: