The Christian music industry recently held their annual party in Nashville. In fact, it was the 50th Annual Gospel Music Association (GMA) Dove Awards. Perhaps you’ve heard of it even if you’ve never watched it.

Of course, the GMA folks have made it a challenge for a television audience to see. They held the actual awards event on October 15th. Then they announced that viewers could watch the whole thing “exclusively on (cable channel) TBN, October 20th, at 8 p.m. EDT/5 p.m. PDT.”

Who does that? Not the Grammys. Or the Academy Awards. Or the Tonys. You watch the show when the goodies are given out! But not in Christian trophy land.

For many years, it was also a given as to who would win best female vocalist. Sandi Patti. Or Amy Grant. The two dominated the available talent pool. Michael W. Smith was a frequent winner for best male vocalist along with Steven Curtis Chapman. In fact, Chapman is now the “winningest” male Dove award winner in their history. He can launch his own flock!

I attended the Dove Awards several years ago when I worked at a Christian radio music station. Something about the big production seemed out of place for me. I know it’s not intended to be this way, but in my mind I could not help but think the awards contestants were backstage thinking, “I hope MY song about Jesus beats HER song about Jesus.” Or his. Or ours, if it was a group.

A famous older Christian song (hymn) states that, in heaven, “my trophies at last I lay down.” I wish they would lay them down now with those Dove Awards. There’s got to be a better way to recognize Christian musical talent.

More awards show intrigue was added to this year’s event. It came in the form of the very talented Kirk Franklin. He’s won more than 20 Dove Awards and has been nominated several times more. Franklin has also won at least 8 Grammys.

This year, Kirk won another Dove for Gospel Artist of the Year. So let’s get Kirk up on stage to graciously accept yet another award. But….wait! Kirk didn’t show up! What happened?

Call it what you may, in my book it became an issue of “politics.” You know, the kind of thing that has made most awards shows unwatchable. Rather than thank the little people and money managers for helping the artist succeed, these shows have become a platform for telling America where we’re messed up. And who’s fault it is!

Side-note: I must mention that I got to “hang” with Kirk Franklin once. It was at a function where he was performing. At one point, he came off the stage and into the crowd during one of his very popular and hip worship songs. Kirk came to my table, had me stand, and I was able to try out my dance moves with him. He chose not to use me as part of his Kirk Franklin and the Family team. I was not completely shocked.

Anyway, Kirk has, like many of the stars, a heart for certain people and causes. He wanted to use the Dove Awards as an advocate against injustice. Go back a couple of years. In the 2016 Dove Awards, he called out the "civil unrest" highlighted by the killings of Philando Castile and Walter Scott by white police officers. He also called out the killings of five Dallas police officers by Micah Xavier Johnson, who was black.

When his acceptance speech from that year aired on television, his civil unrest comments were edited out. Kirk was NOT a happy man. This year, Franklin took to Instagram so he could explain his decision to stop attending the Dove Awards, which he describes as "the Christian Grammys.” Call it a boycott.

Okay, I get it. But I don’t like it. Mega stars in any field already have a platform they can use to promote their causes and vent their frustrations. Americans are not watching awards shows for lectures on social causes. Period.

Would I still dance with Kirk Franklin? Of course. He’s a brother. He just may consider some of my moves, or views, a turnoff. 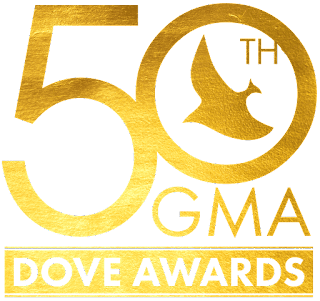