Freedom or Minds of Mush? 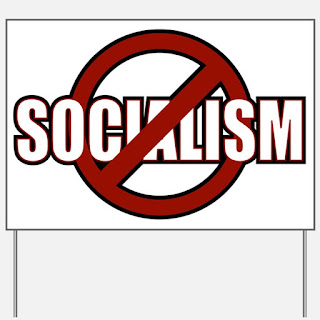 An article in Teen Vogue magazine posted on their website last year was titled, "What Is Democratic Socialism and Why Is It Growing More Popular in the U.S.?" It should not come as a surprise that informing teens about something trendy should be written. Instead, it is the rise of the quasi-endorsements of the socialist mindset that I find troubling.

Here is how the article began: “Socialism. It’s back. Left for dead after the Cold War, revised by Bernie Sanders’ 2016 and 2020 presidential bid, and popularized by social media superstars like Representative Alexandria Ocasio-Cortez (D-NY), the concept has gone mainstream.”

Well it certainly seems to have gone that direction. And why not? From middle school years through our colleges and universities you will find plenty of supporters. Popularizing ideas as failure-driven as true socialism must find advocacy somewhere. Who better to shape young minds than our educators?

Is this “popularity” real?? A 2018 Gallup survey reported that 51% of Americans age 18-29 held a positive opinion of socialism. Among Democrats, the number rises to 57%.

The Pacific Institute sees a definite connection to this embrace of socialism in our education system.They cite a 2015 article in The Washington Post in which they reported on research that exposed the most liberal and conservative jobs in America.

Here were some findings:
First, among actors and actresses there are 90 Democrats for every 10 Republicans.
As for our schools…
Furthermore, Dr. Greg Forster, Friedman Fellow at the school-choice organization EdChoice, explains that university education schools indoctrinate future teachers in left-wing ideology. In his words, “Peruse the course catalog of any major education school, or read the Twitter feeds of the professors,” and you will “find yourself swimming in an ocean of hard-left ideology: ‘critical theory’ that says there is no truth, only power.”

Teen Vogue surmises that the pandemic has “lent new urgency to discussions about creating a more fair and equitable economic system.” But, sadly to the writer, “not everyone’s a fan.” Former President Donald Trump is “among the holdouts.”

The magazine sets up a poster boy for an attack on capitalism: Jeff Bezos—founder and CEO of Amazon.  Teen Vogue tells the teens his billions “gives him real power.” And worries, “Ask yourself: Who controls the American economy? Who calls the economic shots? Ordinary working people, or wealthy capitalists like Bezos?”

Can’t you see the picket signs ready to be printed?? Get the masses ready to march! Hold a Marx-fest at your neighborhood park! Rally the forces and prepare the overthrow….!

Wait! No need for radical action! Instead, just vote the socialists into power! Like in Buffalo, New York! This past week it was announced there was a stunning upstate upset. A Democratic-Socialist insurgent named India Walton was able to defeat a four-term incumbent and former Buffalo Mayor. It was a primary election in which Walton clearly communicated her socialist commitments. She was the favorite of the Buffalo chapter of the Democratic Socialists of America.

Teen Vogue offers teens a vision! “Rather than allowing a tiny elite to call all the economic shots, modern socialism wants to empower ordinary people to make these decisions collectively. Under democratic socialism, major industries and large corporations would be brought under social ownership and control.”

America is soon to celebrate our Fourth of July Independence Day. Freedom is a very biblical concept. Psalm 119:45 reads, “I will walk about in freedom, for I have sought out your precepts.” (NIV)

Our freedoms are being fiercely challenged on many fronts. Free enterprise is being threatened.

Unless we aggressively work to change the education mindset on capitalism, forget dreams of true prosperity. Instead, we will settle for socialism’s “minds of mush.”
That’s Forward Thinking. Click on the link to the right to connect via Facebook.
You can find a number of YouTube episodes and podcasts of Mark’s program, Moving People Forward at https://www.youtube.com/channel/UCosyuBzdSh1mXIas_kGY2Aw?
For more information on the Elfstrand Group, please visit www.elfstrandgroup.com
Articles of interest:
https://www.pacificresearch.org/why-are-teachers-mostly-liberal/
https://www.teenvogue.com/story/what-is-democratic-socialism
Posted by Mark Elfstrand at 1:00 AM