What Rightfully Belongs to God 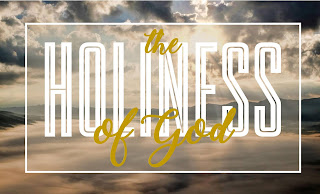 Decades ago, our small group in California used a book study from Chuck Colson. Loving God was a Gold Medallion award winner for Colson. It proved to be true spiritual enrichment.

In the preface of that book, Colson explained how his reading of The Holiness of God by Dr. R.C. Sproul brought Chuck to his knees. I was then determined to read the work by Sproul. I did – and over subsequent years interviewed R.C. on several occasions.

Here’s a brief overview of his book: “The Holiness of God examines the meaning of holiness and why people are both fascinated and terrified by a holy God. It explores God’s character, leading to new insights on sin, justice, and grace. The result is a new awareness of our dependence upon God’s mercy and a discovery of the awesomeness of His majestic holiness. Dr. R.C. Sproul says, ‘The holiness of God affects every aspect of our lives—economics, politics, athletics, romance—everything with which we are involved.’” (You can order a copy on wwwligonier.org)

No other descriptor of the God of the universe carries the same importance as “holy.” The word is used three times to describe the Lord in Isaiah 6:1-3. The same triple use of “holy” is found in Revelation 4:8. That emphasis is significant.

What exactly does being holy mean? The holiness of God reveals that God is distinct from all creation. He is truly "set apart." That word “holy” appears more than 600 times in the Bible, describing something or someone set apart from all else. Regarding the Almighty, this means He is completely without sin and void of any imperfection.

Mankind has NOT been kind in the use of this word. In fact, it’s abusive to the very idea of holiness. Common phrases like holy cow, holy moly, holy mackerel, holy smokes, holy crap (and the more polite holy crow and the less polite holy sh__) reduce holiness to a mere element of surprise. We have taken this attribute of God and treated it carelessly. Rudely.

As a child, I somehow found there was a pecking order of offensive words, or what are commonly termed “swear words.” My family did not tolerate them. At the top of that list was the phrase “G-D.” It was truly a way for someone to “curse” whatever stood in their way.

I recently heard a song on a SiriusXM music channel that repeated that offensive phrase several times. It’s by the group Panic at the Disco titled, I Write Sins Not Tragedies. My soul burned a bit with anger in hearing it – mainly because of the insensitivity of SiriusXM to play this trash. I then did a web search on the term “G-D” and found there were several even more offensive songs spewing it out– taking God’s name seriously in vain.

Another example of misrepresentation of God involves the Bible story about Noah and the Great Flood. This is God’s rescue of a fallen world by saving a bit of humanity to carry on. He symbolized His great grace with a permanent reminder that He would not destroy mankind again in such a way. Grace displayed in a rainbow! Today, rainbows are everywhere—seen prominently as a “pride” symbol for sexual aberration. Apparently, those unfamiliar with the Noah story are unaware of why the Great Flood occurred in the first place!

Another word used to describe God is “awesome.” Singer Rich Mullins penned the very popular worship tune Awesome God in the 1980s. It’s still sung in many churches with frequency. Today, we can find people praising even the smallest of activities as “awesome.” It’s lost its meaning.

One more. There are certainly appropriate times to call something “perfect.” But the other day in a restaurant I ordered a soft drink with my burger and the waitress said, “Perfect.” And said it again several other times with other trivial requests.

Note, however, that “perfect” is another aspect of God’s character. As it is written, “He is the Rock; his deeds are perfect. Everything he does is just and fair. He is a faithful God who does no wrong; how just and upright he is! Deuteronomy 32:4 (NLT) Perfect is what makes God holy!

As for me? I’m imperfect. And I surely know it. Like most, I carry the weight of knowing how much I rely on His grace and mercy to keep my soul free. Daily.

But He is worthy of our utmost praise and honor. Greater attention should be paid to words that describe the Living God. And not abuse the language of tribute that rightfully belongs to Him.
That’s Forward Thinking. Click on the link to the right to connect via Facebook.
You can find a number of YouTube episodes and podcasts of Mark’s program, Moving People Forward at https://www.youtube.com/channel/UCosyuBzdSh1mXIas_kGY2Aw?
For more information on the Elfstrand Group, please visit www.elfstrandgroup.com
Articles of interest: