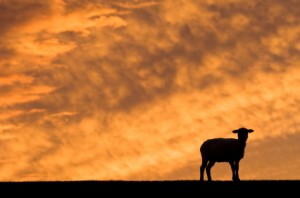 The words of Jesus were often quite piercing and challenging to those who could be described as “religious.” He also said some things that seem a bit harsh to the non-religious types. For example, in Matthew 15 we find a conversation between Jesus and a Canaanite woman whose daughter was demon possessed.

She pleaded with Jesus to help. He said nothing. She persisted. He explained His mission was “to the lost sheep of Israel.” But she was desperate and continued pleading. Jesus responded, “It is not right to take the children’s bread and toss it to the dogs.” You’d think this woman was officially silenced.

However, the woman pressed on by saying, “Yes it is, Lord. Even the dogs eat the crumbs that fall from their master’s table.” And Jesus tells her, “Woman, you have great faith! Your request is granted.” The daughter was healed at that moment.

The world will hate you?? Get ready for persecution. The most serious form of religious persecution involves killing. That will silence these people! Fact is, around the world, the number of Christians killed for their faith rose significantly in 2020 to the highest levels ever.

A seemingly far less severe form of persecution—to silence people of faith—is to create a false impression that their views are dangerous. Especially if these believers are challenging the flawed morals or political wrongdoings of the age. Such is becoming the case in the good ol’ USA. It’s now frequently seen by labeling reasonable opposition as “Christian nationalism.”

A couple of leading Christian thinkers have written about this recently. One of them is Jim Daly, president of Focus on the Family. I’ve placed a link below to his article, “Are Evangelicals Christian Nationalists”?

Daly referenced a story in USA Today by Rachel S. Mikva, a Jewish Studies professor at Chicago Theological Seminary. This article is titled, “Christian nationalism is a threat, and not just from Capitol attackers invoking Jesus.” If that isn’t eye-opening enough, here’s the next bitter pill from the sub-headline: “Christian nationalists inside our government are working quietly to take America for Jesus. They are the more resilient danger to religious pluralism.”

The professor targeted US Senator Josh Hawley, a Republican from Missouri and an outspoken follower of Jesus. Hawley was a critic of the Capitol uprising of January 6th. But his Christian views seem to be the bigger issue to Ms. Mikva.

In response to this editorial, Jim Daly writes, “Lately, many on the left have been affixing the ‘Christian nationalist’ label to people like Senator Hawley. They’ve been aggressively exploiting that horrific January 6th attack and lumping all conservative Christians into one faction. Why? I believe it’s a calculated move done with the hope of silencing those who follow Christ.”

As Daly points out, Christian nationalism, which views God and government as co-equals, IS dangerous. With that mindset, good hearted people may “be motivated by the wrong things and might even be susceptible to being swept up into violent mobs like we saw in Washington last month.”

The Bible clearly teaches that Christians are to be good citizens. In that role, we serve our country best by acting with integrity and being advocates for the good of all people. We do this because we are instructed to love our neighbors. All of them.

The kind of editorial written by Professor Mikva and published by USA Today inspires a reaction toward evangelicals that is dangerous to the Republic and to free speech. Moreover, it leads to limiting the voices of Christ followers in the public square—a hefty price to pay.

But don’t be surprised as this happens more and more. Jesus warned us of such. Reread John 15: 18-19. Be a lamb … and speak up for Jesus.
That’s Forward Thinking. Click on the link to the right to connect via Facebook.
You can find a number of YouTube episodes and podcasts of Mark’s program, Moving People Forward at https://www.youtube.com/channel/UCosyuBzdSh1mXIas_kGY2Aw?
For more information on the Elfstrand Group, please visit www.elfstrandgroup.com
Articles of interest:
https://jimdaly.focusonthefamily.com/are-evangelicals-christian-nationalists/?utm_medium=email&utm_campaign=1050901&refcd=1050901&utm_source=ENewsletter&seid=114466060