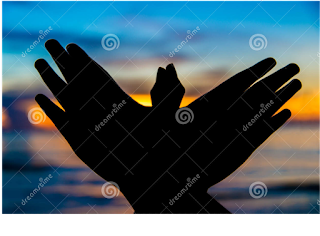 It’s February. Black History Month. This year, perhaps more than at any other time in my life, I am witnessing a collective effort to promote a theme beyond “can’t we all just get along.” The main thrust of this new pitch to “love one another” can be found in the sports world.

Both college and professional athletes wear slogans about unity and togetherness on uniforms and warm up jackets. The golf world is on board, too, with PGA sponsors explaining how they are working extra hard at giving more opportunity to minorities. Corporations are jumping on board and so are television networks. All are in the game, telling us of their noble efforts to live up to the idea that “all men (and women) are created equal.” (I know I’ve heard the somewhere before.)

And then, of course, there’s the call-out from our new leadership in Washington. As the recently elected president stepped forward to address Americans at his inauguration he said, “My whole soul is in this, bringing America together, uniting our people, uniting our nation, and I ask every American to join me in this cause.” Truly sweet sentiments. But is there any substance?

Biden’s Catholic background presented him the opportunity to share ideas from one of the church fathers, St. Augustine. Kate Shellnutt, in writing for Christianity Today, wrote, “As Biden listed America’s common values, like opportunity, security, liberty, dignity, respect, honor, and the truth, he quoted a teaching from Augustine…that ‘a people are a multitude defined by the common objects of their love.’”

Let’s consider those choice words of Biden: opportunity, security, liberty, dignity, respect, honor, and the truth. I doubt there has been a time in American history when there has been more opportunity for people of any race or background. As for security, the destruction witnessed last summer ripped away peace in many communities. Can we even agree on how to gather in the face of the coronavirus? Do our political leaders demonstrate dignity, respect, honor, and truth? Look at the hearings for the last three Supreme Court appointees! Think America saw dignity and respect at work?

A presidential order has recently dictated that boys who claim to be girls can get on girls' sports teams. Even top female athletes have said this is absurd. We’ve now elevated transgenderism to a new height of normality—when it isn’t. Are we going to unify around that?

Speaking of dignity, honor, and truth—explain how a nation that values liberty for all can condemn to death innocent babies through abortion? And the doors are swinging wide open to increase this practice by new policy changes. Unity for that?

We are playing a game here. The price of admission for unity is to look the other way on the sins of our nation. Free speech seems to work for predators destroying our souls but not for those who challenge the cultural shifts.

The academic world and media are big advocates for freedom when it suits them. But try to become a teacher and express views from a conservative viewpoint. See how long you last in the system. Or watch as the Hollywood elites reject the few voices of faith who dare speak out on family friendly issues.

Because of these influences in our culture, families are becoming more divided as well. Unity? Try keeping two adults together in a marriage! Divorce rates are ridiculous. Furthermore, as I have read recently, several political voices have decided that our world (particularly Americans) can be divided up into two categories: the oppressed and the oppressors. How uncivil!

In my lifetime, the person leading our country who truly seemed to know our nation best was Ronald Reagan. Many of his “enemies” even found a way to like him. And he clearly understood both sides of the political coin.

Aside from the call to the Church in the Christian faith, you can count me out on the politically-driven unity bandwagon. I prefer the Truth bandwagon. Jesus of Nazareth said, “You will know the truth, and the truth will set you free.” John 8:32 (CSB)

There’s a leader worth following.
That’s Forward Thinking. Click on the link to the right to connect via Facebook.
You can find a number of YouTube episodes and podcasts of Mark’s program, Moving People Forward at https://www.youtube.com/channel/UCosyuBzdSh1mXIas_kGY2Aw?
For more information on the Elfstrand Group, please visit www.elfstrandgroup.com
Articles of interest:
https://www.christianitytoday.com/news/2021/january/president-biden-inauguration-augustine-psalm-30-catholic.html
Posted by Mark Elfstrand at 1:00 AM