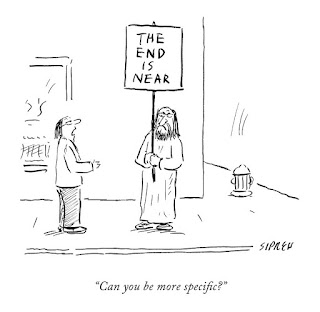 One of my favorite movies is The Three Amigos. In one particular scene, the Amigos are in a Mexican bar when a wild shooting spree takes place. The bartender responds, “This town is getting too rough for me.”

America is turning into such a vitriolic, hateful, and sometimes violent place that I’m now thinking, “This country is getting too rough for me!”

There are many contributing factors and I suppose plenty of blame to be shared. But it’s bigger than that. The very soul of our nation has become sick. We can’t even treat our neighbors well—much less the “enemy.”

Witness the recent story from Park Ridge, Illinois, where a business owner had to close up shop so his workers could have a “mental health day.” What?? This was due to their having to deal with “confrontational customers.” Some didn’t like the mask policy of the restaurant. Another became threatening when the business tried to enforce the “no dogs eat here” health regulation at a restaurant. These are customers in an upscale neighborhood.

Then there were the multiple reports of the highly offensive “protestors” who showed up at the White House on the last night of the Republican National Convention. Having been to Washington a number of times, I’ve witnessed constant protests of one kind or another outside the White House gates. This was different.

The President had a number of guests invited to the event—several giving inspiring and spiritually uplifting messages. Forget about Trump here. These speakers were Americans who love their country and the cause of freedom. Outside the gates, within earshot, protestors organized live bands to disrupt the proceedings.

But it got worse. Guests were harassed as they were leaving the event. One of them, Jim Daly, is president of Focus on the Family. In his words, “Stepping off the White House grounds, I was immediately confronted by angry individuals who hurled profane insults at me. They let loose with a verbal barrage I’ve never personally encountered–which is saying something given my upbringing in a rough section of Southern California.”

Senator Rand Paul encountered the same abuse. He tweeted, “Just got attacked by an angry mob of over 100, one block away from the White House. Thank you to @DCPoliceDept for literally saving our lives from a crazed mob.” A DC police officer was holding a police line around the senator and his wife when a protestor reportedly punched the officer in the face, causing a cut requiring stitches.

What fuels this kind of angry and bitter reaction to those with whom one disagrees? Hard to know for sure. But here’s one idea.

Recently arriving in whatever bookstores remain open (and online) is this gem: In Defense of Looting: A Riotous History of Uncivil Action. Written by Vicky Osterweil, the publisher offers us “strategies of wealth redistribution and improving life for the working class.” What strategies? How about “a fresh argument for rioting and looting as our most powerful tools for dismantling white supremacy.”

One of the arguments raised claims, “Looting represents a material way that riots and protests help the community: by providing a way for people to solve some of the immediate problems of poverty and by creating a space for people to freely reproduce their lives rather than doing so through wage labor.” Add this truly special insight, “Looting is an act of communal cohesion.”

Aside from the content of the book, it is interesting to note that Vicky Osterweil, the author is a self-described agitator” and is transgender-identified. A rebel.

People of faith should—must—stand in sharp contrast to this nonsense. Even in the midst of turbulent times for many who lived under Roman rule in the first century AD, the apostle Paul wrote, “If it is possible, as far as it depends on you, live at peace with everyone.” Romans 12:18 (NIV)

The breakdown of a civilization is a bitter thing to watch. To see a free country, raised in principles found in the Bible, so rapidly giving in to robbers and anarchists is beyond shocking. It is horrifying.

That’s Forward Thinking. Click on the link to the right to connect via Facebook.
You can find a number of YouTube episodes and podcasts of Mark’s program, Moving People Forward at https://www.youtube.com/channel/UCosyuBzdSh1mXIas_kGY2Aw?
For more information:
https://www.chicagotribune.com/suburbs/park-ridge/ct-prh-customer-problems-tl-0910-20200903-z4vupqfgc5ezneftbtkksbsx6q-story.html#nws=true
https://jimdaly.focusonthefamily.com/i-was-verbally-assaulted-outside-the-white-house-here-is-how-i-responded/?utm_medium=email&utm_campaign=986807&refcd=986807&utm_source=ENewsletter&seid=114466060
Posted by Mark Elfstrand at 1:00 AM