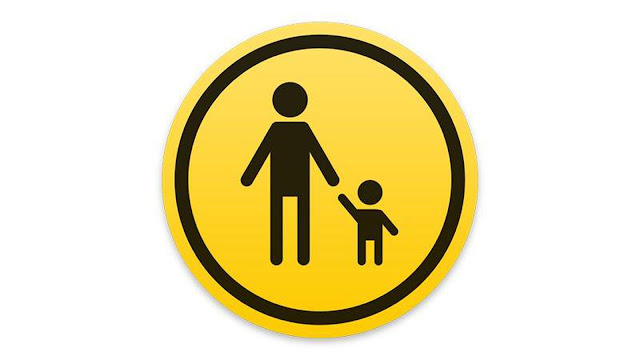 Ever heard of Lipsi? How about Tellonym? Okay…let’s try Houseparty? Holla??? If you haven’t, don’t be surprised. Especially if you’re an adult—and more importantly, a parent!

Each of the names above are apps that your teenagers may well be aware of—and you should be. The website yourteenmag.com offers up a list of some of the hottest apps that teens use these days. Several offer convenient ways to avoid parental oversight. (The link to the complete article is found at the end of the blog.)

Lipsi users, for example, “can easily erase chat history, which means they (users) can be tempted to engage in risky behaviors.” Houseparty is a group video chat service and is reportedly the fourth most downloaded app. It’s estimated 60 percent of its users are under 24. The app doesn’t monitor chats, upping the risk of kids being exposed to inappropriate content.

In terms of messaging apps that are very popular, Kik is reportedly used by one-third of American teens 13-17. The app has been shown to involve cases of online predators. WhatsApp (13 and over) is on Apple’s list of the most popular apps for teen use. With it users can send unlimited messages and photos. Then there’s Discord…a voice and text chatting tool for gamers. They report over 100 million users who can send direct messages to other gamers—including complete strangers.

I’m following up on my recent blog that discussed the amazingly popular app, TikTok…another teen favorite. Before we go there, let’s give sort of honorable mention to the other hip-hot-app-spots that are in the photo-sharing category. This would include Snapchat (69 percent of teens 13-17 use Snapchat, and it ranks first in terms of how often it is used), Instagram, and Pinterest, among others.
Of course, this is just a sampling of what’s out there. The federal government rarely gets involved in restricting apps. But concerns over “national security” prompted action to considering limits on access to TikTok.

That aside, the larger question might well be, where are the parents in this discussion of scrutiny? Useful reading is an article titled, “Do Parents Know How Much Time Their Young Kids are Spending on Devices?” from the website nationalinterest.org. As the writer points out, “During the coronavirus pandemic, many parents have allowed their children to spend more time on tablets and other screens than they typically would.”

Cited is a study from Pediatrics, the official journal of the American Academy of Pediatrics. For in-depth reading, check out, “Young Children’s Use of Smartphones and Tablets.” Eleven authors contributed. While the results are based on pre-pandemic research, it revealed that “Many parents misreport what their children are doing on their devices, and that some very young kids are using apps meant for teenagers or even adults.”

How about this? Some 72% of teens check their smartphone first thing in the morning. About 56% associate the absence of their cellphone with either loneliness, being upset, or feeling anxious. And the average teen sends about 60 texts each day.

The statistics I shared above, and a host of resources to help parents monitor and put appropriate content controls on phones, can be found at https://pluggedin.focusonthefamily.com/tech-guide/.

One of my ministry friends recently wrote in a devotional, “Parenthood isn’t about ownership, it’s about stewardship. Your first assignment is to provide love to make them secure, laws to make them wise, light to walk in, and a lifestyle to follow.”

And the Bible says, “Pay careful attention, then, to how you live—not as unwise people but as wise—making the most of the time, because the days are evil. So don’t be foolish, but understand what the Lord’s will is.” Ephesians 5:15-17 (CSB).

Without parents being parents, kids may grow up to be…? Try filling in the blank.
You may not like the answer.
That’s Forward Thinking. Click on the link to the right to connect via Facebook.
You can find a number of YouTube episodes and podcasts of Mark’s program, Moving People Forward at https://www.youtube.com/channel/UCosyuBzdSh1mXIas_kGY2Aw?
For more information:
https://yourteenmag.com/technology/the-most-popular-apps-for-teenagers
https://nationalinterest.org/blog/buzz/do-parents-know-how-much-time-their-young-kids-are-spending-devices-160211
Posted by Mark Elfstrand at 6:37 AM