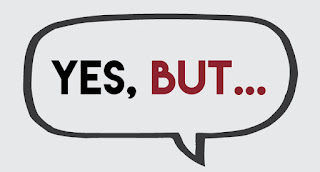 Several readings have crossed my path in recent days from voices trying to help sort out whether the many social issues upon which we disagree are founded on Scripture, or on our own political leanings.

One in particular is actually titled, “3 Thoughts on the Differences Between ‘Being Biblical’ and ‘Being Political’” (link below) Its author is Eric Geiger, a pastor in Southern California and former senior vice-president for LifeWay Christian. He has authored or co-authored several books. One, a bestseller, is titled Simple Church.

I do not take issue with any of those points. But on the second one, I would change the language to say “passion may be rooted in a political viewpoint more than a Christ-centered one.” Motives are almost impossible to know.

Here are some of Geiger’s thoughts I would prefer to see Christ-followers discuss in more depth.

As one who desires to know Jesus the Messiah and follow Him, my lens for political alignment seeks to see a platform of convictions that has biblical alignment. Jesus was on mission to show us what the Kingdom of God looks like. His hard-nosed challenges in the Sermon on the Mount, for example, would leave no one comfortable.

Jesus doesn’t tell us the best economic system. He certainly wants us to ward off greed. He advocates for us to choose our financial decisions wisely as a steward and not an owner. There is no indication He would push for “equal distribution” of resources.

It was clear He changed nothing in supporting the teaching that marriage was between a man and a woman. We find no Scriptural words of Jesus that would embrace a transgender position. Jesus stood against divorce. And lust.

Jesus loved children and showed his personal care—along with a condemning message for those who would lead children astray. Jesus was neither a sexist nor a racist. He did not choose His disciples based on class status. He ate and gave counsel to “sinners” and refused to cast out those whose lives were not perfect.

I assure you that a strong sampling of people both inside and outside the church could not clearly define what is truly “conservative” or “progressive.” But I’ve seen what the term progressive usually means. And it isn’t progress. It’s often casting the idea of a moral authority aside. And questioning the basis for truth.

Are there individuals holding government positions at all levels who hold deep, spiritual, and moral convictions? Of course. That does not make the political landscape balanced in terms of its alignment with the values of the Kingdom of God. And this usually gets fleshed out in what the party platform is all about.

So when I hear the casually clever and well-intended statement that “Jesus is neither a Republican nor a Democrat,” I’m often tempted to continue the discussion by saying, "Yes, BUT….”

Put the words that Jesus DOES say into practice. Back that platform.
That’s Forward Thinking. Click on the link to the right to connect via Facebook.
Enjoy the new Moving People Forward YouTube program and podcast at https://www.youtube.com/channel/UCosyuBzdSh1mXIas_kGY2Aw?view_as=subscriber and https://www.iheart.com/podcast/966-moving-people-forward-49183339/ respectively.
For more information:
churchleaders.com/pastors/pastor-articles/377983-3-thoughts-on-the-differences-between-being-biblical-and- being-political.html
Posted by Mark Elfstrand at 1:00 AM