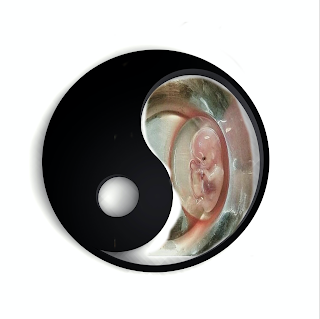 Poor Andrew Yang. Even tons of money can’t buy your way out of a paper bag. Or into voters' hearts. Especially if your weakness is being “sort of" pro life.

Last week, Yang yanked himself from the candidate field of Dems hoping to defeat Trump. You drop out when enough votes fail to drop in your basket. Mr. Yang also threw a rather wild pitch to give all of us $1000 per month. Not out of his own wealthy pockets, mind you, but from that mysterious black hole of “play" money raised partially from taxes, but more frequently from a huge borrowing trough. You might call it debt.

It wasn’t the grand giveaway alone that put Andy in sinking sand. Consider deeply what he said about abortion. During a New Hampshire forum, he was asked about his view on abortion policy (of course). He responded, “There is a really important tone to set on this, where you don’t just say, like we’re absolutist about it, though I have to say I am relatively absolutist about it on this.” What?

No doubt realizing this could be perilous territory for a Democrat candidate, he added, “Like I think that it should be completely up to the woman and her doctor and the state should not be intervening all the way through pregnancy. But it’s a tragedy to me if someone decides that they don’t want to have a child and they’re on the fence and then maybe at some point later; it’s a very difficult personal decision and it’s something that we should be very, very sensitive to.”

Talk about putting a dagger in his campaign! His view garnered the wrath of a popular consultant and writer named Lauren Rankin. Following Yang’s comments, she tweeted, “Abortion is an incredibly common human experience, one that deserves dignity and respect.” Too bad the babies can’t speak up on that ludicrous comment!

Ms. Rankin added, “You don’t get to lead the Democratic Party in 2020 if you belittle and demonize those who’ve had abortions and those who’ve defended and supported them. 1 in 4 women have had an abortion in this country, and Andrew Yang is mocking their choice and humanity when he demonizes abortion in this callous way.”

This clearly illustrates how far afield we have come. And how ridiculous the arguments are made to defend the inhumane treatment of babies. Yang didn’t mock anyone’s choice. For extremists, there’s no room to fudge on this!

As for the rest of the field of Democrat candidates, some have become brutally hard nosed on this issue. Take Bernie Sanders (Please!). Prior to the New Hampshire primary, "The Bern" showed up on an MSNBC town hall episode where abortion rights were discussed.

The host, Stephanie Ruhle, asked Sanders, “Is there such a thing as a pro-life Democrat in your vision of the party?” Here was Bernie’s response, “I think being pro-choice is an absolutely essential part of being a Democrat. By this time in history . . . when we talk about what a Democrat is, I think being pro-choice is an essential part of that.” Scary. How is that for freedom of thought?

Is that a “big tent” philosophy? Senator Amy Klobuchar from Minnesota opens the door a bit. Her thought, “There are pro-life Democrats, and they are part of our party, and I think we need to build a big tent.” As for the other candidates, Senator Elizabeth Warren and the slippery mind of former Vice President Joe Biden made assurances to codify access to abortion nationwide if elected.

Mayor Pete Buttigieg was asked if he wanted the support of pro-life Democratic voters. He was told there are about 21 million such creatures. Would he support party language “to ensure that the party of diversity, of inclusion, really does include everybody?”

Here’s his patently political response, “The best I can offer is that if we can’t agree on where to draw the line, the next best thing we can do is agree on who should draw the line. And in my view, it’s the woman who’s faced with that decision in her own life.” Would we use the same logic for environmental issues? Nope.

The Bible clearly spells out where God sees life beginning. His words to the prophet Jeremiah tell us, “Before I formed you in the womb I knew you, and before you were born I consecrated you.” Jeremiah 1:5 (ESV) The same thought was expressed by King David in Psalm 139.

Thank goodness for the hard-working, never giving up, pro-life voices in America. Thousands of babies have survived because of their dedication.

We need more of them…to offset the yins and the Yangs.
That’s Forward Thinking. Click on the link to the right to connect via Facebook.
Enjoy the new Moving People Forward YouTube program and podcast at https://www.youtube.com/channel/UCosyuBzdSh1mXIas_kGY2Aw?view_as=subscriber and https://www.iheart.com/podcast/966-moving-people-forward-49183339/ respectively.
For more information:
https://www.nationalreview.com/corner/bernie-sanders-reverses-course-on-pro-life-democrats/
https://www.christianheadlines.com/contributors/mikaela-matthews/calls-for-democratic-presidential-candidate-to-drop-out-of-race-after-he-says-abortion-is-a-tragedy.html?utm_source=ChristianHeadlines%20Daily&utm_campaign=Trending%20Now%20-%20ChristianHeadlines.com&utm_medium=email&utm_content=3080323&bcid=af4b067cdb81aa9b5d82d181a9ccf571&recip=530696604%20
Posted by Mark Elfstrand at 3:00 AM