Quite often I see offers on Groupon or ads in the paper for more expensive products at seemingly very low prices. A closer look usually means some fine print that says, “Refurbished.” You never know exactly what went wrong the first time.

But now, Rhonda and I know exactly what the problem was with our “refurbished” refrigerator. The thing is, we bought it NEW. So we’re not happy about that.

It started with our need to replace a second fridge that we use in our basement. Those super-duper Black Friday deals seemed like a good time to buy. We found a nice LG unit that fit our needs and had it delivered around early December.

Everything in the freezer froze. Which is good. Everything in the upper part of the refrigerator seemed not as cold as it should be. After attempting to lower the temp inside the fridge, alas, no change. We placed a thermometer inside and determined it was only cooling to a mildly chilling 57 degrees. The milk we had stored there took the worst hit. You don’t want to know ...

The purchase place, Lowe’s, explained it was not their problem. We were directed to LG Customer Support. This is a misnomer. It should be called, “LG Customer Run Around Before You Get Any Real Help.”

First, you don’t speak with a person. You’re told to go on your computer and fill out a form. (Suppose you actually don’t HAVE a computer?) Rhonda made at least three attempts to do so. Finally, a call came giving us a repair date. Unfortunately, it was a date on which we were in Florida!

But this time we had a number! So we called and rescheduled the service person to come out. While out of town, a service rep stopped by. Grrrr.

When we returned from our trip, we have the standard “you must be available between the hours and 8 a.m. and 12 p.m.” appointment time. This means, of course, you can’t do anything else during that window. The person showed up after 11.

He checked out the refrigerator and said he thought it was a fan problem. But to get to it, now EVERYTHING had to come out of the freezer—where it sat out for the hour or so while repair was being made. And we were told to wait 24 hours before opening the fridge to allow it to cool.

In the meantime, a SECOND repairman came by at 3p. Now we learned the first guy wasn’t an actual LG person, but a subcontracted service person. The LG truly authorized repairman said to call him on his mobile if the problem wasn’t fixed.

It wasn’t. We called. The third day we actually connected. And he made another appointment—using the 8 - 12 time slot allowance.

On the day Mr. Repair Guy showed up, the official LG truck with all the parts had broken down. He arrived with a single tool in his rental truck just before noon. After reviewing the situation, he ordered a part for us which arrived this past week.

Last Friday was “repair day.” Or so we thought. The replacement part was installed. Now…waiting until morning for results. And the answer is ?? It STILL doesn’t work! Grrrr #2!

Truth be told, the frustration index would be much lower if you could talk to an actual customer service person who cared. Not a single LG employee would want the same treatment we received for damaged goods that they purchased. So why dish it out to customers?

In times past, I’ve actually made presentations for business friends on treating customers well. It certainly isn’t rocket science. It’s not even refrigerator science!


In fact, the way to handle such matters is written almost in gold. Jesus of Nazareth said it simply, “And as you wish that others would do to you, do so to them.” Luke 6:31 (ESV)

That’s Forward Thinking. Click on the link to the right to connect via Facebook.
Enjoy the new Moving People Forward YouTube program and podcast at https://www.youtube.com/channel/UCosyuBzdSh1mXIas_kGY2Aw?view_as=subscriber and https://www.iheart.com/podcast/966-moving-people-forward-49183339/ respectively. 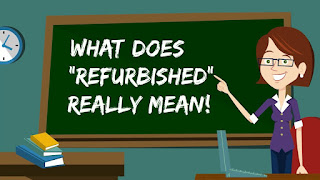