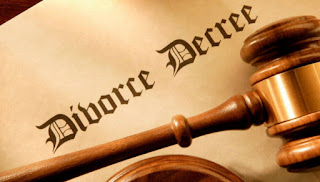 I guess you simply have to call them “irreconcilable differences.” The term that is reserved for the breakup of marriages can easily be applied to a pending upcoming split of a major Christian denomination—the United Methodist Church (UMC). Or shall we say, the “non-united" Methodists. We shall.

The UMC is one of the few remaining mainline denominations to hold their ground on the aggressive LGBTQ agenda. A great percentage within the Episcopal Church, the Presbyterian Church (USA), Evangelical Lutheran Church in America (ELCA), United Church of Christ (UCC), and others have jumped ship on holding to the long standing biblical position on homosexuality. Within those groups, many of the “ministers” perform same-sex marriages. Some go so far as to appoint gay clergy.

The dividing line crystalized at the big UMC conference in 2019. On one side were those supporting the idea to allow local congregations to decide on whether to perform same-sex marriages and ordain gay clergy. The most liberal position embraced a proposal to allow same-sex marriages worldwide. The linchpin breaker came in a third option that passed known as the “Traditional Plan.” By vote, this locked in a continued ban on LGBT weddings and clergy. It went further—proclaiming harsher penalties for those who chose to violate the doctrinal policy.

What now? The irreconcilable differences appear to have divided the denomination. A mediation specialist was called in—Kenneth Feinberg. He’s skilled at bringing resolution to such difficult situations. The solution became an agreement pledging $25 million to a new “traditionalist” denomination. This group would no longer be part of what has been the United Methodist Church. If the parties agree, this new denomination would then drop any claim to United Methodist assets. Throw in another $2 million to any other new denomination that wants to exit the party.

Here’s the multi-million dollar question. Are church splits always bad? Almost three years ago, Jennifer Powell McNutt penned a piece for Christianity Today titled, “Division is not Always a Scandal.” As she boldly illustrated, the historic Protestant Reformation has yielded up 45,000 different denominations!

Why so many? As McNutt points us, “The explosion of Protestant denominations is mostly due to lay believers gaining greater access to Scripture, which ushered in an era of 'interpretive pluralism' that in turn led to a multiplicity of church structure.” Other reasons given included “local politics, the rise of the vernacular, and the doctrine of Christian freedom.”

But the key paragraph in this article surfaces near the end: “Denominationalism is not merely a product of Protestantism. But this does not mean that Protestant division is never a scandal. Those who have lived through a church divorce know what grief, hardship, and disillusionment it entails. Some churches never recover from the severing of relationships, the loss of trust, and the damaging of Christian witness.”

In my view, those broken relationships and loss of trust that have emerged within the UMC are no doubt painful. I’m more concerned about the “damaging of Christian witness.” The liberal wing of Methodism has drifted once again into the secular world view and become sympathetic to a lie. And that lie is that homosexuality is somehow a “blessing” of relationship open to God’s full acceptance. Only a “blind" Bible reader could conclude such.

Then again, as Jesus said about the errant religious teachers of His day, “Let them alone; they are blind guides. And if the blind lead the blind, both will fall into a pit.” (Matthew 15:14, ESV)

It’s not like one day the truth will be revealed. It has been revealed. And a church body—the UMC—is paying the price over sin-driven irreconcilable differences.