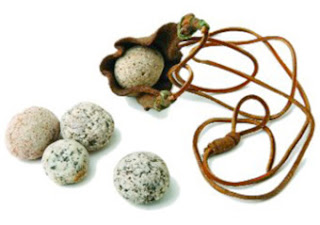 The musical group Nickelback recorded a song a few years ago titled, “Rockstar.” The song devotes lyrics to the absurd world of fame and fortune that falls upon those who truly make it big in the music industry.

One of the verses goes:

I need a credit card that's got no limit
And a big black jet with a bedroom in it
Gonna join the mile high club
At thirty-seven thousand feet.

I'm gonna trade this life
For fortune and fame
I'd even cut my hair
And change my name
'Cause we all just wanna be big rock stars
And live in hilltop houses, drivin' fifteen cars
The girls come easy and the drugs come cheap
We'll all stay skinny 'cause we just won't eat
Well, hey, hey, I wanna be a rockstar.

It is an “absurd world” in that the extravagance is so extreme that most of us cannot relate. “Rock star" is a short course in hedonism—the pursuit of pleasure; sensual self-indulgence.

The term “rock star” has taken on broader use in a much more positive way. Several years ago, I heard a well known business leader use the term “rock star” to describe some of his top employees. It was at an EntreLeadership course in Nashville led by the financial guide Dave Ramsey.

For Ramsey, rock stars put their talent on the line in the finest of ways. They are passionate. They do whatever it takes. They excel in their work. Unlike the hedonistic mindset, Dave Ramsey believes that passion and commitment also feed from a moral base. His rock stars need input from the world’s bestselling guide on moral excellence, the Bible.

Ramsey puts a lot of effort into praising his team members. He knows that an organization his size requires uplifting encouragement. True “rock stars” thrive on that encouragement.

I observed the same genuine energy to build others up in the life of the late Zig Ziglar. I sat in his adult Sunday School class in Dallas for almost two years. Also hearing him in seminars, his infectious winning outlook on life put a lot of people on the success track. Zig was always encouraging people.

God has His own way of evaluating so called “rock stars.” The Bible teaches us that man looks at the outward things, but God looks at the heart. (1 Samuel 16:7)

When God evaluates our lives, He’s looking for top performers, too. All of us have imperfections. But how we deal with those, and change our ways, will set us apart.

The Bible names a number of God’s rock stars. Noah, who found grace in the eyes of the Lord. Moses, whom He called to lead His people out of the wilderness. King David was praised as “a man after God’s own heart."

God has His eye on you as well. So today, take the gifts God has given you and perform at the top of your game.

But notice what Jake said causes him to be so optimistic. He told Rowe, “The Holy Spirit in me. I’m trying to live out the most godly life I can do. I’m trying to influence others and hope they can see Christ in me.”

It nearly brought Rowe to tears.

You may face some real giants in the year ahead. Learn from King David, who as a boy changed his world with a slingshot…and five smooth stones.

I guess that makes him a classic “rock star.”

That’s Forward Thinking. Click on the link to the right to connect via Facebook.
Enjoy the new Moving People Forward YouTube program and podcast at https://www.youtube.com/channel/UCosyuBzdSh1mXIas_kGY2Aw?view_as=subscriber and https://www.iheart.com/podcast/966-moving-people-forward-49183339/ respectively.
For more information:
https://www.christianheadlines.com/contributors/michael-foust/georgia-qb-jake-fromm-says-new-years-goal-is-to-lead-people-to-jesus.html?utm_source=ChristianHeadlines%20Daily&utm_campaign=Christian%20Headlines%20Daily%20-%20ChristianHeadlines.com&utm_medium=email&utm_content=3039301&bcid=af4b067cdb81aa9b5d82d181a9ccf571&recip=530696604%20
Posted by Mark Elfstrand at 3:00 AM