Another Year of Painful Farewells 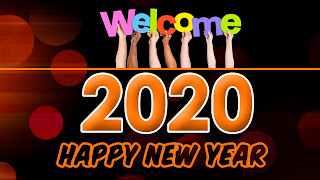 Have you ever watched the reality television show, Survivor? It has had a remarkable run on network television. Over the years, I admit to being a somewhat devoted fan.

It’s a simple concept. About twenty people get taken to a remote site. They divide into groups. They live outdoor camp life in miserable conditions. And they try to build “alliances” that keep them from being voted off the program.

In the long history of this show, one of the final programs in each season was called the "Fallen Comrades" segment. This is when the last three remaining players were taken through a field of memories to wax nostalgic about players who had exited the program ahead of them. Of course, the earliest departures were people they hardly got to know! But these finalists feigned to miss the dearly departed.

It’s not that way in real life. People we have met and lived with on this journey while on earth truly impact us. At the end of every year, we will be reminded of the rich and famous who are with us no more. Parade Magazine just did so. While some are people with whom we might have connected through their talents, the pain of loss will usually not directly impact us.

It’s the other losses that we grieve. Many are farewells we could not complete because we didn’t see them coming. Sometimes we find ourselves empathizing in grief for others left behind—even if we don’t know the families.

I find myself in that situation quite often. Most commonly, it involves news stories about children. In recent days we learned of an Indiana shooting that killed a four year old boy and wounded his pregnant mother.

Another terrible story in 2019 involved the fatal beating of a 5-year-old Crystal Lake, Illinois, boy, A.J. Freund. The unfolding of this tragedy had long term traction in the news. Only recently did A.J.’s mother, JoAnn Cunningham confess to the abuse and the boy’s death. She had denied it emphatically for several months.

There was no shortage of memorials for this child. Details of the mistreatment leave us wondering about the lack of humanity on the part of both parents. And one can only imagine how a 5-year-old tried to process any sense of self worth while this was happening.

But it isn’t just these kinds of sad farewells that grab us. One of my coworkers had a beloved 22-year-old niece who tragically drowned with her boyfriend earlier this year. Health failures have removed others from our presence in this life in 2019.

It is amidst this kind of pain that people step back and press God for answers. Most times, there are no answers forthcoming. The holidays can then lose the call to be joyful. And sometimes, even hope for a better future seems distant.

My worst Christmas was the first one after my father died unexpectedly. I was 16. In 1993, my mother passed away just a couple of weeks before Christmas, and we buried her in the same grave with my father on a cold snowy December day. I’ve also had a very young grandchild fade painfully away with a genetic disease.

Yet my confidence in a loving, gracious, and caring God is unchanged. The arrival of Jesus on this earth marked the greatest gift of hope we could imagine. In His day, He healed the sick. He kicked out evil spirits. He raised the dead. And then, He defeated the greatest enemy we have—death itself. It proves there is life to come!

I wish I had the capacity to comfort all those who grieve and hurt this holiday season. So often I wish I would turn back the clock and fix broken things before they happen. I wish I could heal broken family relationships that rob us this time of year. But I can’t.


The year 2020 awaits us. For followers of Jesus, we know our assignment:

Our world will be better because of you in the year ahead. Guaranteed.

That’s Forward Thinking. Click on the link to the right to connect via Facebook.
Enjoy the new Moving People Forward YouTube program and podcast at https://www.youtube.com/channel/UCosyuBzdSh1mXIas_kGY2Aw?view_as=subscriber and https://www.iheart.com/podcast/966-moving-people-forward-49183339/ respectively.
Posted by Mark Elfstrand at 3:00 AM