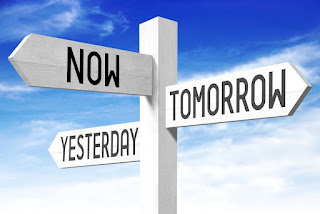 IF all works out, I plan to be in Carlsbad, California, with family as this memo is released. The state has many memories for me. Married in Sacramento. All three of our children were born and spent several years growing up in northern California.

In particular, I love the coastline of California. Highway 1 is among the most scenic drives in the United States as it winds through Monterey and down to southern points of the state. Gorgeous views of the ocean from various heights highlight the drive.

Just before my heart surgery in 2005, I was on a business related trip to Los Angeles. I took time to find a scenic walk along the ocean. I reflected that as much as I loved the experience, it was perhaps the last time I might see it. God had other plans for me. I’ve returned several times.

As I hit this birthday mile marker, I’ve become increasingly aware of a truth found in Psalm 39 (among other places). It reads:

“O Lord, make me know my end and what is the measure of my days; let me know how fleeting I am! Behold, you have made my days a few handbreadths, and my lifetime is as nothing before you. Surely all mankind stands as a mere breath! Surely a man goes about as a shadow! Surely for nothing[a] they are in turmoil; man heaps up wealth and does not know who will gather!” Psalm 39: 4-6

That reminder of “fleeting” time caused me to reflect on my “yesterdays.”

Among my “yesterdays,” I discovered a Bible verse that King David knew to be true. I claim it for myself. Psalm 138:8…”The Lord will fulfill His purpose for me. Your steadfast love, O Lord, endures forever. Do not abandon (give up on) the work of your hands.”

In all my yesterdays, the steady hand of God has guided and protected me. Even in the toughest times.

Seven decades of life. And the call remains to follow Jesus. It was just yesterday that He gave me life.
That’s Forward Thinking. Click on the link to the right to connect via Facebook.
You can find a number of YouTube episodes and podcasts of Mark’s program, Moving People Forward at https://www.youtube.com/channel/UCosyuBzdSh1mXIas_kGY2Aw?
For more information on the Elfstrand Group, please visit www.elfstrandgroup.com
Posted by Mark Elfstrand at 1:00 AM