The Slow Death of Commitment 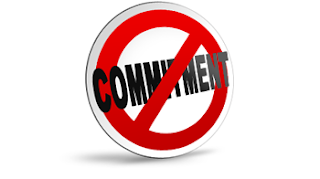 The good people of Gallup have determined that church membership continues to decline. According to their researchers, the number of committed faithful members has dropped below 50 percent. This is noteworthy as it the first time that low number has happened since Gallup first asked the question in 1937. Back in those golden-olden days, church membership was 73 percent.

Specifically, those who report belonging to a church, synagogue, or mosque is now at 47%. We might say that the news gets worse! Those claiming that “religion” was very important to them dropped to 48%! That also is a new low.

What is the breakdown by ages? The Gallup report reveals 66 percent of American adults born before 1946 belong to a church, compared with 58 percent of baby boomers. Then it drops to 50 percent of Generation X, and 36 percent of millennials. One observer suggests that church membership is perceived as a “relic of an older generation.”

I think it’s a deeper issue. And I say that in sensing a correlation to marriage. Consider another Gallup report from December of last year. Their study was featured in an article titled, “Is Marriage Becoming Irrelevant?” Yikes!

Notable from the research: “Fewer U.S. adults now than in past years believe it is ‘very important’ for couples who have children together to be married. Currently, 29% say it is very important that such a couple legally marry, down from 38% who held this view in 2013 and 49% in 2006.”
And now it gets really serious. Gallup tells us, “Sixty-six percent now believe it is morally acceptable to have a baby outside of marriage, an increase from 53% the first year the question was asked in 2001. Moreover, 72% percent—up from 53% in 2001, consider sex between an unmarried man and woman morally acceptable.”

The numbers continue… “Another 31% of U.S. adults currently say it is ‘somewhat important’ for couples with children to be married, bringing the total to 60% who consider it important to some degree. Meanwhile, four in 10 say it is not too (18%) or not at all (22%) important.”

Do you see what is happening? One of the core, fundamental building blocks of a healthy society is families. Statistics about children raised in two parent families leans indisputably toward better lives for all. Less crime, less divorce, more well adjusted kids…just about any cultural stability category you can find.

This mindset shift on the importance of marriage is tragic. The price is an increased risk to a stable society. Warning signs are literally everywhere.

What is the common denominator I see between the decline of marriage and church attendance? Commitment. Or better said, the lack of same.
Without committing in marriage, you have the freedom to walk away. Without making the decision to belong to and be involved in a church, you have no attachment or sense of obligation. In both cases, “freedom” is your principal value. The freedom to abandon.

Try telling this to your kids. “We birthed you. But we’re not obligated to care for you or about you.” Or say to your church brethren…”I may come here but I want no commitments to help or serve. I only do what works for me.”

Succinctly stated, this mindset says, “It’s all about me and my convenience.” That is a sure way to make a sick world. And that is where we are heading.

God, on the other hand, offers a different path. Hebrews 13:5 reads, “Don’t love money; be satisfied with what you have. For God has said, ‘I will never fail you. I will never abandon you.’” (NLT)

Stories of true love are built on sacrifice and commitment. It’s what marriage vows are all about. It’s what membership means in a church.

Pitiful are the people who mainly take—offering little of substance in return. And noting the Gallup statistics, we are witnessing the slow death of commitment.
That’s Forward Thinking. Click on the link to the right to connect via Facebook.
You can find a number of YouTube episodes and podcasts of Mark’s program, Moving People Forward at https://www.youtube.com/channel/UCosyuBzdSh1mXIas_kGY2Aw?
For more information on the Elfstrand Group, please visit www.elfstrandgroup.com
Articles of interest:
https://www.usnews.com/news/healthiest-communities/articles/2020-04-29/us-marriage-rate-drops-to-record-low
https://news.gallup.com/poll/316223/fewer-say-important-parents-married.aspx
https://www.washingtonpost.com/religion/2021/03/29/church-membership-fallen-below-majority/
Posted by Mark Elfstrand at 1:00 AM