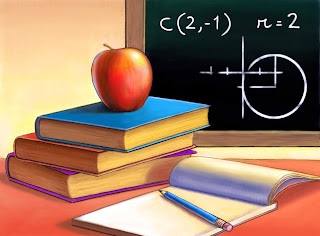 In my combined years of communications and marketing work, I’ve come to realize how important credibility really is. Once you lose it, it’s hard to get it back.

One of the really dangerous results of making absurd statements occurs when you are a de facto representative of a respected organization. Like Harvard.

Long held in admiration along with the other Ivy League schools, when a Harvard professor speaks—it should be worth listening to. But not always. In fact, I find it to be less and less over the years.

A most recent example is the article written by Elizabeth Bartholet. She’s the Wasserstein Professor of Law and faculty director of the Harvard Law School's Child Advocacy Program. My, that’s a weighty position. Her article titled, “The Risks of Homeschooling” was recntly published in Harvard Magazine, a generally respected journal.

There's quite a graphic on the magazine cover. A cursory look at the image highlighting the article shows what readily can be perceived as a child behind the equivalent of prison bars at home. Several other children are happily pictured at play outside the house. What’s also telling is the written inscriptions on the side of the home. They appear to be book titles for Reading, Writing, Arithmetic, and…wait for it….Bible.” (Please gasp here.)

The professor makes some interesting and disappointing personal assessments. She claims homeschooling deprives children of a “meaningful education.” How so? In her view, it prevents our sweet darlings from “contributing positively to a democratic society.”

What bothers the academic in part is the lack of proper authority. “We have an essentially unregulated regime in the area of homeschooling,” Professor Bartholet states. She added, “If you look at the legal regime governing homeschooling, there are very few requirements that parents do anything.” This apparently led her to a conclusion that parents should not have complete autonomy over their children.

Fortunately, there are more rational and clear thinkers who come out of Harvard. Many of them…formerly homeschooled. A person like Melba Pearson.

Melba graduated from Harvard with honors. As she says, “Harvard was the very first school I ever set foot in. The first 12 years of my education, I was homeschooled, from kindergarten to 12th grade.” And she was proud of it. Until she saw the demeaning piece from Professor Bartholet. A piece to which she responded.

As to limiting parents' rights to teach their own children, Melba argues, “This is a blatant rejection of free thought, suppression of democratization of education, and attack on the freedoms and rights the citizens of our country fought long and hard to win.” (So there.)

She also finds the thought process behind the homeschool critique horribly at odds with a more recent Harvard “crusade of ‘diversity,’ ‘inclusion,’ and ‘acceptance.’” In her four years at the Ivy League school Melba saw a number of protests, rules, regulations, and initiatives promoting “diversity, inclusion, and tolerance.” Somehow, these “values” get lost in certain academic circles.

And let’s not forget the fourth “r” that becomes so offensive at certain higher places of learning. You know, reading, (w)riting, (a)rithmetic and...RELIGION! That’s probably at the core of much of the opposition to homeschooling.

Proverbs tells us “Teach a youth about the way he should go; even when he is old he will not depart from it.” Proverbs 22:6 (HCSB)

Yes, teach a youth the way he or she should go. Or maybe…not go. Like to Harvard, if they keep such outlandish ideas as Professor Bartholet’s alive.

That’s Forward Thinking. Click on the link to the right to connect via Facebook.
Enjoy the new Moving People Forward YouTube program and podcast at https://www.youtube.com/channel/UCosyuBzdSh1mXIas_kGY2Aw?view_as=subscriber and https://www.iheart.com/podcast/966-moving-people-forward-49183339/ respectively.
For more information:
https://harvardmagazine.com/2020/05/right-now-risks-homeschooling
https://medium.com/@melbapearson/a-response-to-the-risks-of-homeschooling-from-a-homeschooled-harvard-grad-67648f9a0d0f
Posted by Mark Elfstrand at 1:00 AM