God and the Virus 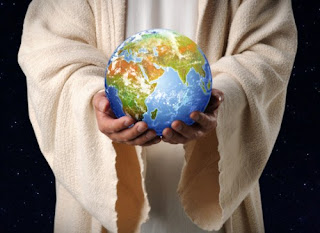 Uh oh. The esteemed governor of New York has stepped into a mudflow of reactions to a recent assertion about God. After his state has been bitten badly by a vicious virus that holds no prisoners, Andrew Cuomo pushed his un-Catholic like view to center stage. What did he say??

In his own sort of God-forsaken words to reporters the Gov proclaimed, “The (virus) number is down because we brought the number down. God did not do that. Faith did not do that. Destiny did not do that. A lot of pain and suffering did that…That’s how it works. It’s math. And if you don’t continue to do that, you’re going to see that number go back up.”

He’s probably right, of course. I mean the part about people who choose to act foolishly in the face of COVID-19. They must face the consequences. Then if they do get zapped by the virus, many will be pleading for mercy from the God whose wisdom they so easily rejected.

If Andrew Cuomo took his faith to heart, he’d be on his knees every day. After all, look at his brother’s family. Just a couple of weeks ago, CNN broadcaster Chris Cuomo announced he had tested positive for the coronavirus. Adding more pain to his personal misery, he then announced last week that his wife, Christina, had also tested positive. Chris shared, "It is the one thing I was hoping wouldn’t happen and now it has.”

Like I said, now would be a good time for the Cuomos to plead for Divine intervention.

People really only want limited intervention from God. We want it when it suits us. And we don’t when it doesn’t.

The question becomes: what role does God have in the tragedies of life? And the answer is: the same role He has in the glorious victories we find in life. This plays off an important understanding of God’s sovereignty.

That’s a hard pill to swallow for many people. That’s because they believe if THEY were God, they would do it differently. Or in their minds, better. Absent from their understanding is the concept of the beauty of free will. A God who forces all of our choices to match His perfect will is a God we learn to hate.

Does God ever “interfere” with free will? Of course He does. In the same way, He intervenes in our rescue more often than we see or know. I’m absolutely sure God has protected me from stupid decisions along life’s way because of His mercy.

But it doesn’t always happen, does it? Tornadoes come. And kill. A virtually unknown virus from a few months ago turns much of the world into a panic. Car accidents. Drug overdoses. Cancer. You name it. No, God does not always intervene for the outcome as we hoped He would.

Yet there is a constant. God IS good. All the time. As the Psalmist wrote, “Taste and see that the LORD is good. How happy is the person who takes refuge in him!” Psalm 34:8 (CSB)


Jim Daly, the president of Focus on the Family, wrote his own commentary on what Governor Cuomo had to say. He ended it this way: “As one with deep faith in God’s overarching sovereignty in our world, I believe there is so much we cannot see – mysteries and movements that mean everything – yet that remain hidden to our earthly eyes. In these uncertain times, how encouraging it is to be reminded that, as the old song says, “He’s got the whole world in His hands.”

And He does. Trust me. You wouldn’t want it any other way.
That’s Forward Thinking. Click on the link to the right to connect via Facebook.
Enjoy the new Moving People Forward YouTube program and podcast at https://www.youtube.com/channel/UCosyuBzdSh1mXIas_kGY2Aw?view_as=subscriber and https://www.iheart.com/podcast/966-moving-people-forward-49183339/ respectively.
For more information:
https://jimdaly.focusonthefamily.com/governor-cuomo-claims-god-shouldnt-get-credit-for-defeat-of-the-coronavirus/
https://thehill.com/homenews/media/493090-chris-cuomos-wife-tests-positive-for-coronavirus
https://www.ligonier.org/blog/gods-sovereignty-and-our-responsibility/
Posted by Mark Elfstrand at 1:00 AM