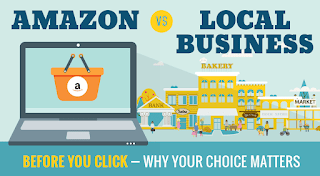 A week ago Saturday, we accompanied one of our granddaughters to an indoor “ice skating” facility. I put that term in quotation marks because even though the term ice skating is used, it isn’t ice. Instead, the surface is made of thick plastic sheets that look and seemingly function like ice.

The rink was located in what has been a very popular mall in the western suburbs of Chicago. Only heaven knows what was in that space before. And only heaven knows how long it will last. My granddaughter and her friend were the only two skaters in the rink for most of two hours.

The anchor stores are fading quicker. At this same mall, Sears shut its doors in the last year. So did Carson Pirie Scott. Penney’s and Macy’s are hanging on, but who knows for how long?

After the skating, we then glided over to the Disney Store. There, we discovered a 40% off sale on everything. Great, right? Well, it was really a “going out of business sale.” Make no mistake here. Disney and its plethora of merchandising items are not going away. Just the retail stores in failing malls.

I recall saying to my wife Rhonda, “If Disney can’t make it in this mall, what company can?” She then explained that another franchise, Charming Charlie’s, was also ready to bite the retail dust. I thought teens and young women loved that store!

As it turns out, they only love the merchandise. And they’re finding it elsewhere. Mostly, they find it online.

Then we have the case of Chalkboard, the educational supply store. This is like a teacher’s paradise! A virtual Toys R Us for the educational community. Oh, wait. Toys R Us is a goner, too. And, apparently, Chalkboard management is worried it will happen to them.

Three stores in the suburbs of Chicago recently banded together to send their “supporters” a letter. After acknowledging that online shopping is “convenient, and often offers lower prices” and might even give you free shipping, the letter portrays this reality headline:


AMAZON IS KILLING OUR COMMUNITIES!!!

The plea is made for you to shop local. The letter states that “small and large businesses all over the country are closing by the thousands and some of your families, friends, and neighbors are losing their jobs…maybe even you?!” They add that the commercial real estate tax base in communities seems to be “drying up.” And shopping centers are being shuttered.

I’ll be the first to say that making the pitch to “shop local” usually doesn’t work. Americans are driven by making the best deal for themselves. Why, we’ll even drive five miles to save 10 cents more on a gallon of gas!

There’s no doubt about it. Amazon is a behemoth. Even FedEx is worried. Amazon seems quite serious about creating their own delivery service. At times, Alexa’s parent company seems like an unstoppable force. (I wonder how Alexa responds to the question, “How long before you take over the world??”)

Monopolies or companies that “can’t fail” usually run into a variety of troubles. The federal government being one of those. Customer resentment being another. Even countries can see their governments collapse.

I won’t try to guilt you into shopping differently. Guilt trips don’t work. But I might suggest you consider building a co-op with other families in the future. The power of large co-ops in purchasing can benefit many.

Jesus of Nazareth warned His disciples about the difficulties to be faced in this world. And He encouraged them thusly, “Look, I am sending you out as sheep among wolves. So be as shrewd as snakes and harmless as doves.” (Matthew 10:16, NLT)

Learn to think shrewdly. Wisely. And watch out for competition that kills.

Watch for a new YouTube program and podcast with Mark Elfstrand beginning in late summer.