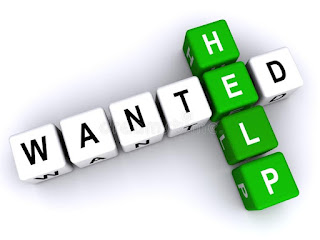 It was our basic monthly employee lunch last Friday. A trip to Culver’s. And I had a free birthday sundae coming. Oh boy.

Surprise! Three orange cones blocked the entrance. What? Another maintenance problem? (They closed the dining room in the summer when the air conditioning failed.) Nope. Blame it on another worker shortage.

Frankly, it’s getting kind of ridiculous. Even restaurants that are open are cautioning patrons about expectations of good (or at least fast) service. Fewer workers means longer waits for water, beverages, food, and even your bill.

Did I say expectations? Micheline Maynard wrote an opinion piece for the Washington Post recently telling us all to “get real.” Her words, “Across the country, Americans’ expectations of speedy service and easy access to consumer products have been crushed like a Styrofoam container in a trash compactor. Time for some new, more realistic expectations.”

Micheline takes us back in time to earlier examples when we found ourselves wanting. In the 1920s, housing was in short supply. It’s odd that Detroit was one of those cities since it wasn’t too many years ago that you could buy a house in a certain Detroit neighborhood for around $1.

The second World War sucked our economy dry of a lot of our basic materials including shoes, metal, paper, and rubber. The only practical solution was to establish a rationing system. That’s exactly what the federal government did. Tires were the first of products to be rationed in 1942. Gasoline was rationed in May of that year.

I have lived through a gasoline shortage. It’s recorded that the first of the 1970s gas panics began in October 1973. That’s when the Organization of Petroleum Exporting Countries (OPEC) raised crude oil prices by 70 percent. And boy did we pay!!

A few months later—in 1974, I was driving from Indianapolis to Minnesota after broadcast school ended. It was a Sunday morning. I had half a tank of gas. No problem. Plenty of stops along I-65. Which there were—only every gas station was closed or had signs saying, “No gas.”

Finally, exiting in the city of Chicago in a place I likely should NOT have been seen (and might have never been again) I found an open gas station with a line a half a block long. We waited. I filled. I vanished faster than one of my neighbors being invited to church with me. Yeah…I remember those days.

But this is different. We actually HAVE plenty of able-bodied workers. Yes, the pandemic has contributed to part of the problem. So did that absurd unemployment benefit policy by the fed. But beyond this, we are living in a time some experts are calling the Great Resignation.

That term was apparently brought to our attention by an associate professor of management at Texas A&M University named Anthony Klotz. He has identified four main causes for the many work departures: 1) a backlog of workers who wanted to resign before the pandemic but held on a bit longer; 2) burnout, particularly among frontline workers in health care, food service, and retail; 3)“pandemic epiphanies” in which people experienced major shifts in identity and purpose that led them to pursue new careers and start their own businesses; and 4) an aversion to returning to offices after a year or more of working remotely.

I honestly believe a day of reckoning will come. Mass frustration in a free economy forces creative solutions. We may not like them. And many may pay the price for refusing to work.

Yesterday was Halloween. Perhaps our biggest scare this year is that we may not get all we want when we want.

But here’s a life lesson: we never do.

That’s Forward Thinking. Click on the link to the right to connect via Facebook.
You can find a number of YouTube episodes and podcasts of Mark’s program, Moving People Forward at https://www.youtube.com/channel/UCosyuBzdSh1mXIas_kGY2Aw?
For more information on the Elfstrand Group, please visit www.elfstrandgroup.com
Articles of interest:
https://www.washingtonpost.com/opinions/2021/10/18/dont-rant-about-short-staffed-stores-supply-chain-woes-try-lower-expectations/?fbclid=IwAR2GISZ1_q2HuKu2_pPqG1EtN3Pby-wL0lOhuTR528eUYlCSTAc3DQwo07w
https://www.washingtonpost.com/business/2021/09/30/during-great-resignation-workers-refuse-accept-unacceptable/
Posted by Mark Elfstrand at 1:00 AM