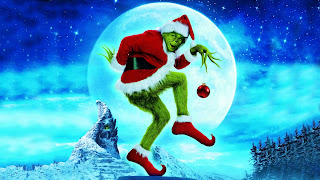 In the workplace, celebrating Christmas can become something like a Tim Burton bit for The Nightmare Before Christmas. That’s because many employers dread the thought of giving any obligatory gift or bonus. Second, it can be nightmarish in the way these items are presented. Thirdly, most employees expect more or better than what they receive. Aside from those things, employer Christmas gifting is a beautiful practice.

So here’s a little help. Let’s start with a list compiled in 2014 by the USA Today as eight of the worst office Christmas gifts ever. Off the bat, we learn that “a study by Consumer Reports from a few years back found that around 30% of people agree that coworkers and bosses gift the worst holiday gifts.” Not a good start.

Here are several of the not-recommended items from that list as your guide:


Apart from this list comes an item put on the no-no in 2018. Details were given in the New York Times article, “Lottery tickets are nice, boss, but I could really use my bonus instead.” Ya think?

I had not heard of this example, but as the Times writer tells it, “It seemed like an epic blunder: United Airlines announced that it was replacing a standard bonus with a lottery that would give nothing to most of its roughly 90,000 workers while awarding lavish prizes, such as US$100,000 in cash and Mercedes-Benz sedans, to a few lucky winners.”

Apparently, the airline believed this penny pinching idea would “build excitement and a sense of accomplishment.” Workers did not see it that way. The skies became less friendly as workers “deluged the company with hostile comments.” United wisely hit the pause button.

Let’s face the facts. Giving Lotto tickets may seem like a way to generously bless an employee if they win. But otherwise—and in most cases—they lose. Give them the money and let them gamble away their future if they choose.

One other caution: the practice of “Secret Santa.” These and other coworker gift exchanges should be given careful consideration. Some coworkers have given something completely inappropriate, something insinuating a very wrong message. If your business goes down this road, better advise what NOT to give.

Here’s a headline from the Chicago Tribune for “giving” in 2020: “Zoom scavenger hunts, Champagne deliveries: With office parties canceled, Chicago companies get creative.” Giving programs may be re-written this year.

Sow wisely with your employees. And remember, cash gifts never disappoint. Even the Grinch likes the color green.
That’s Forward Thinking. Click on the link to the right to connect via Facebook.
You can find a number of YouTube episodes and podcasts of Mark’s program, Moving People Forward at https://www.youtube.com/channel/UCosyuBzdSh1mXIas_kGY2Aw?
For more information on the Elfstrand Group, please visit www.elfstrandgroup.com
Articles of interest:
https://www.usatoday.com/story/money/business/2014/11/29/cheat-sheet-worst-office-gifts/19568873/
https://financialpost.com/executive/lotto-tickets-are-nice-boss-but-may-i-have-my-bonus
Posted by Mark Elfstrand at 1:00 AM