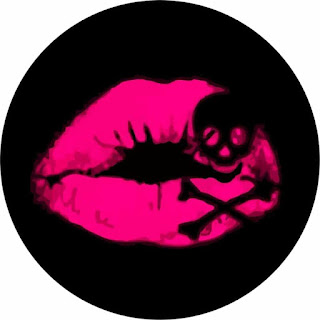 Slowly it turns. Step by step. Inch by inch.

I’m speaking of the progression of including LGBTQ characters into television programming and movies. It goes well beyond cable programs now. We see same sex actors and actresses in full embrace and kissing on network television shows. The pressure must be intense.

So intense, in fact, that even the Hallmark Movie Channel has succumbed to that pressure. In August, the “family friendly network” debuted a film featuring a same sex wedding ceremony. Earlier movies have created same sex attraction scenes but never a wedding. Ironic that Hallmark has a ton of Christmas themed programs. So now, in a sense, “Christ” gets in the middle of this.

Yet I find something about this purported trend quite interesting. Despite all this pressure and the unsubstantiated claim that the LGBTQ lifestyle is everywhere, it really isn’t visible on most media. Overwhelmingly, romantic relationships portrayed on television are between male and female. This includes network and cable programming and commercials. Same for magazine ads. And billboards.

There are exceptions, of course. But a question looms for the “bold ones” who decide to pursue forcing the “gay agenda” on the marketplace. That question is one of "turn off." It’s one thing for the public to become more accepting of the lifestyle—as long as it’s done privately. My well-educated guess is that for most Americans, they want PDA among the “gay world” to be done out of their sight.

The Pew Research Center gives us an annual or bi-annual look at attitudes in their Global Attitudes Survey. In what I personally consider to be a disturbing trend, the findings released this year, “show the opinions on homosexuality from religious believers of all faiths and the religiously unaffiliated—defined as identifying as atheists, agnostics, or saying their religion is ‘nothing in particular’—having little variance.” The study included 18 countries.

Depending on the religious types or groupings, you will find more dedicated views aligning with Scripture on this issue. The Pew research revealed that in all countries with data on the LGBTQ issue, except Mexico, people holding religious views were less likely to think homosexuality should be accepted by society than nonbelievers did. Not something to be real cheery about.

Apparently in Finland, they are so prone to show their openness to alternative lifestyles that even Burger King has jumped on board. With Ronald McDonald! Newsweek reported the story of an ad that is titled, "Love Conquers All.” It was part of a September campaign for Helsinki Pride. Burger King Finland was an official brand partner for the Finnish Pride promotion. The two burger icons were portrayed as a single heart.

Kaisa Kasila is Burger King Finland's brand manager. According to Adweek, Kasila said, ”Burger King has always stood for equality, love, and everyone's right to be just the way they are. We thought, what a better way to convey our values than by portraying an all-encompassing kiss between Burger King and Ronald McDonald. We wanted to show that, in the end, love always wins. And we know McDonald's stands for the values we stand for, too.”

Well, McDonalds didn’t exactly grab on to partnering in this promotion. Then-CEO Steve Easterbrook posted, "We love the intention but think our two brands could do something bigger to make a difference.” A polite way out.

And a wise decision. Most people on the planet still understand how God designed us—male and female. They know that sweet and special children aren’t created in the pretend world of LGBTQ “equality.” Yes, a large percentage of folk are more willing to “live and let live” with those of different lifestyles. But don’t be confused. That is far different than endorsement.

Jesus clearly explained the right view saying, “‘Haven’t you read,’ he replied, ‘that at the beginning the Creator ‘made them male and female,’ and said, ‘For this reason a man will leave his father and mother and be united to his wife, and the two will become one flesh’?” Matthew 19:4-5 (NIV)

Apparently, Burger King doesn’t get it. And going down that advertising road, might well lead them to the kiss of death.
That’s Forward Thinking. Click on the link to the right to connect via Facebook.
You can find a number of YouTube episodes and podcasts of Mark’s program, Moving People Forward at https://www.youtube.com/channel/UCosyuBzdSh1mXIas_kGY2Aw?
For more information on the Elfstrand Group, please visit www.elfstrandgroup.com
Articles of interest:
https://www.crosswalk.com/culture/television/should-christians-be-concerned-by-the-lgbtq-direction-in-hallmark-movies.html
https://www.newsweek.com/burger-king-ronald-mcdonald-kiss-mascot-love-conquers-all-ad-1531302