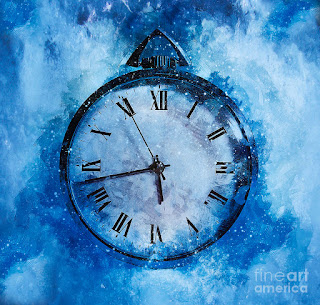 Almost three years living in the Dallas-Fort Worth Metroplex had me on the road quite often. Along with a weekly radio lunch promotion in malls and parks throughout the area, there were a number of remote broadcasts and other business appointments requiring travel. The expressways and I became good friends.

A couple of noteworthy aspects of travel during the winter months in that part of Texas stood out. The first was the famed “Blue Norther” (also referred to as a Texas Norther.) It’s a remarkable phenomenon. Temperatures can reach into the 80s immediately before a sudden cold front drops in. This fast moving weather will plummet temperatures by 20 to 30 degrees or more in a matter of minutes. When sleet and snow are mixed in during those winter months, look out!

The second unusual aspect of Texas highways around the Metroplex was the construction of overpasses—sometimes in layers—that rose quite high above ground. Watching huge semis navigate those at faster than preferred speeds often gave me a chill as I drove under them. Add in those icy Blue Norther conditions and it’s time to pray.

I’m sure there was a lot of praying—Texas size prayers—being uttered on the morning of February 11th of this year. As the Fort Worth Star Telegram reported, “The sun had not yet cracked the horizon early Thursday when in the express lanes of an interstate that twists around downtown Fort Worth, vehicles began to slam into one another.”

In one of those cataclysmic kinds of incidents, the morning commute turned nasty. Ice had formed on a half-mile section of I-35W. Somewhere around 1-30 vehicles lost their way in the dark, pitching cars, pickup trucks, and 18-wheelers into guard rails and into each other.

At the time the news was first printed, it was said that six people had died. Two of those victims were identified as Tiffany Louann Gerred, 34, and Aaron Luke Watson, 45. Both were from the Fort Worth area.

Additionally, some sixty-five were injured, some in critical condition. All were adults. Firefighters had to deal with trapped passengers, cutting away the steel and aluminum that had crushed these poor souls. Thank God for the dedication and bravery of the emergency personnel!

While I’m sure upgrades have been made since the 1980s, I’ve traveled that stretch of road many times. I could recognize certain scenery in the pictures that were released. This debacle has now created an unfortunate memory for many.

Tiffany and Aaron and the other four who died were on their way somewhere. They had plans. Families. Jobs. No doubt they had dreams. Big expectations. One thing they didn’t expect: that February 11th, 2021, would be their final day on earth.

Not long before, a tragic fire in northwest Chicago took the lives of four very young girls and their mother. It appears a space heater and a locked door ended their days. Pity the workers who came upon that scene.

While our hearts go out to these families, there is also a critically important lesson for us all who remain. Eternity awaits us. Only the appointment time is missing. Eternity in the presence of God is promised to those who trust in Jesus Christ.

As I said, Texas-size prayers followed the I-35 pile up. Fort Worth Police Chief Neil Noakes said this: “The scene we saw today is one really unlike one probably any of us have ever seen and one we pray to God we never see again.”

If only that could be true. Are you ready?
That’s Forward Thinking. Click on the link to the right to connect via Facebook.
You can find a number of YouTube episodes and podcasts of Mark’s program, Moving People Forward at https://www.youtube.com/channel/UCosyuBzdSh1mXIas_kGY2Aw?
For more information on the Elfstrand Group, please visit www.elfstrandgroup.com
Articles of interest: