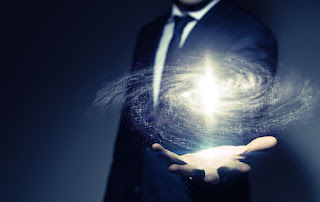 Last Monday, my blog challenged the “wisdom” of some that manipulation in selling is a good thing. No one likes to be manipulated. Face-to-face sales transactions give us the most direct way of feeling sales trickery—if we’re aware of it.

The Internet, however, has given us a whole new world of abuse. A ministry friend passed along an eye-opening article on this topic from a technology expert named Tristan Harris. The article is titled, “How Technology is Hijacking Your Mind—from a Magician and Google Design Ethicist."

Let’s start with the magician perspective—Scary Thought Number One:

“Magicians start by looking for blind spots, edges, vulnerabilities, and limits of people’s perception, so they can influence what people do without them even realizing it. Once you know how to push people’s buttons, you can play them like a piano. And this is exactly what (technology) product designers do to your mind.”

Harris now moves us along through specific ways this happens with his “Hijack” points. His article (linked below) provides details. Here is Scary Point #2: “They (site designers) give people the illusion of free choice while architecting the menu so that they win, no matter what you choose.”

Mr. Harris posits that app developers have mastered the skill of keeping people “hooked.” He sees it like you have become a form of slot machine. The tech designers create a link to a user’s action similar to a slot machine lever that offers a variable reward.

Tristan claims that an average phone user checks that phone 150 times a day. And when you check, who is feeding you the sites and links and data you see? It may seem like conscious choices are made. He argues it’s not so.

Humans are particularly vulnerable to social approval. Belonging, approval, and appreciation by peers ranks very high in human motivation. Today, this social approval comes through tech companies. Facebook, Instagram, or SnapChat can manipulate people getting tagged in photos by suggesting all the faces people should tag.

A second insightful glimpse into tech manipulation can be found in the Wired magazine article, “The Facebook Defectors Turning Trump’s Strategy Against Him.” James Barnes is with the political nonprofit Acronym. Formerly working on the Trump campaign, he now meets each week attempting to move voters away from Trump toward Joe Biden.

How does this work? Acronym uses a custom-built tool they’ve coined Barometer. With it “they micro-­target ‘movable’ voters on Facebook, run randomized tests to see what kind of ads work best, and then adjust them to taste.” Sin
ce about 75% of U.S. adults use Facebook, it’s quite a political playground.

Barnes claims that two types of voters exist: Those who know whom they're voting for and those who don't. Most fall into the first category, committed long before Election Day. This means candidates must work hard to get their most dedicated to the polls. The bigger challenge is "to sway the very small pool of undecided, ambivalent, or otherwise out-of-touch voters that remains.”

Target messaging is what works here. A campaign might identify conservative voters with religious leanings by, say, mining the public records of hunting licenses, purchasing membership lists from mega-churches, and looking at home ownership in specific zip codes. Earlier research found that people who watched TV Land reruns were less likely to have a presidential preference.

The new tech platforms are precision driven. For example, today’s political advertisers use “geofencing technology” to locate Catholics who have been to mass at least three times in the past 90 days. Damon McCoy, a researcher at New York University's Online Political Ads Transparency Project puts this clearly in perspective: “It's very easy for these political advertisers to partition and very narrowly message and tell different people different things. It definitely has an element of manipulation.”

So there you have it, my fellow victim.

Manipulation may seem like dirty work. The techno types see it like a game. And you are the pieces with which they play.

(Next week: Manipulation in the mailbox.)

That’s Forward Thinking. Click on the link to the right to connect via Facebook.
You can find a number of YouTube episodes and podcasts of Mark’s program, Moving People Forward at https://www.youtube.com/channel/UCosyuBzdSh1mXIas_kGY2Aw?
For more information on the Elfstrand Group, please visit www.elfstrandgroup.com
Articles of interest:
https://medium.com/thrive-global/how-technology-hijacks-peoples-minds-from-a-magician-and-google-s-design-ethicist-56d62ef5edf3
https://www.wired.com/story/acronym-facebook-defectors-turn-trump-playbook-against-him/
Posted by Mark Elfstrand at 1:00 AM