We live in an age where building an image for yourself has never been easier. Social media platforms turn people into overnight stars. Facebook “shares” put you in a spotlight around the world.

But the biggest personal fame maker of all may be YouTube, which was created in 2005. The first video was Me at the Zoo. From that point, well over a billion people have set up YouTube accounts. This year alone people watch nearly five billion videos each day. YouTube reports people upload 300 hours of video to their site every minute. Every MINUTE!

Admittedly, a lot of the most popular videos wind up being recording artists or clips from well known personalities. I have found historic television moments fun to re-watch. But it’s often the creative and sometimes bizarre acts of ordinary people that generate YouTube renown.

Athletes, entertainers, politicians, and very successful business people also achieve the status of fame. So do criminals. Heads of non-profits. Doctors, scientists…etc, etc. And once fame is achieved, it is usually very hard to release the desire for it. Public interest in you, and adulation from fans, gives the impression that you are not only important, but a person of value!

And that is one of the great misconceptions of fame. It is centered around what you do or have done that determines your worth. As we have likely all heard, fame is fleeting.

It was General George Patton who famously said, “For over a thousand years Roman conquerors returning from the wars enjoyed the honor of triumph, a tumultuous parade. In the procession came trumpeteers, musicians and strange animals from conquered territories, together with carts laden with treasure and captured armaments…A slave stood behind the conqueror holding a golden crown and whispering in his ear a warning: that all glory is fleeting.”

Fame almost always has a price…one most people don’t like. The famous soon discover that people’s interest in them is surface. And often for self interest. Notice “selfies” are taken with the famous. Praise often follows. When the lights dim and the fame decreases, interest in the person fades as quickly.

This is why having a deeper appreciation of your identity is so important. Tim Tebow understands this. From his book, Shaken, Tim writes: “Being cut hurt. No doubt, being told I couldn’t do something that I loved doing and was so passionate about—playing quarterback—left me shaken.” He then correctly postulates, “Identity comes not necessarily from who we are, but from whose we are. I am a child of God. My foundation for who I am is grounded in my faith. In a God who loves me. In a God who gives me purpose.”

Another young budding football star has learned this lesson early. Trevor Lawrence. He’s the 6-foot-5 true freshman quarterback for the Clemson Tigers. Here is what he told Sports Spectrum: “Football’s important to me, but it’s not my life. It’s not the biggest thing in my life. I would say my faith is. That just comes from knowing who I am outside of that. No matter how big the situation is, it’s not going to define me.” And he added, “I put my identity in what Christ says, who He thinks I am and who I know that He says I am.” Trevor is 19 years old.

If you are grounded in the knowledge of “whose” you are and God’s delight in you, then you are able to withstand the perils of fame. And the loss of it.

Paul advises us in the book of Romans, “Because of the privilege and authority God has given me, I give each of you this warning: Don't think you are better than you really are. Be honest in your evaluation of yourselves, measuring yourselves by the faith God has given us.” (Romans 12:3, NLT)

A strong faith and a realistic perception of yourself are like guard dogs against another human weakness: pride. Something fame seems to breed.

Let’s Talk with Mark Elfstrand can be heard weekdays from 4-6 PM Central. To listen outside the Chicago area, tune to www.1160hope.com for live streaming or podcasts, or download the AM1160 app.
For more information:
https://factsandtrends.net/2016/10/26/tim-tebow-my-identity-is-not-in-sports/
https://sportsspectrum.com/sport/football/2018/09/24/new-clemson-starting-qb-trevor-lawrence-says-his-identity-is-found-in-christ-alone/ 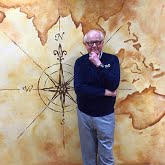