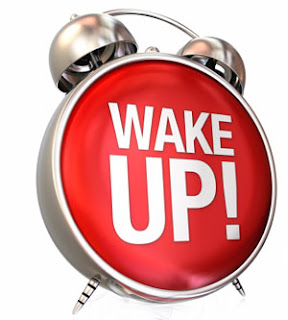 Many who have been around since the 1960s can remember the classic television commercial for Ken-L-Ration dog food, “My Dog’s Better Than Your Dog.” For those whose long term memory might miss a beat, here are the lyrics:

Three children happily sang this cute tune modified from original lyrics written by Tom Paxton. It made sense. Ken-L-Ration sponsored a television program in the Big Apple wherein a pooch was featured as a contest prize. Viewers would write in to explain why they should win the dog. Best response won the dog. (My letter is better than yours!)

One of the more recent examples of this sentiment is the number educational groups across America making the choice to rename schools that honor many of America’s founding fathers. These men did not ask for this tribute. It was bestowed on them.

In Illinois, we are known as the Land of Lincoln. Or at least we have been. According to the New York Times, Lincoln has been “criticized for his response to the so-called Minnesota Uprising, in which more than 300 Native Americans were sentenced to death by a military court after being accused of attacking white settlers in 1862.”

With contrary evidence, Lincoln reduced the number of condemned to 38. Those were then hanged. It was thought to be the largest mass execution in U.S. history.

Today’s “better than Abe” enlightened ones readily overlook any great achievements by the former president, choosing these executions as the disparaging disqualifier. The group targeted some 43 other historical figures as well. All these men were viewed as inferior souls to the “woke” minds of our new age.

In Chicago, one of our tallest skyscapers long bore the name of John Hancock. Despite the name change on February 12, 2018, to 875 North Michigan Avenue, people continue to make reference to “the Hancock building.” Just as they continue to call our tallest building, “the Sears Tower.”

But another Hancock-named building recently made the news. The Chicago Tribune shared a photo of some students outside of what has been known as John Hancock College Prep. This bold new cadre of students are attempting to cleanse our past with the righteous indignation of today. They want the school name changed!

Hancock’s sin was that he probably had two or three slaves. This was revealed in a 1980 biography, The Baron of Beacon Hill. I’m sure Sir Hancock had other sins as well.

This may come as quite a shock to you and most of America, but these students are no more righteous than Hancock. They think they are. But they are wrong. Oh, yes, the idea of keeping slaves is a nasty one. Around the world, however, it’s more prevalent than we like to think.
The self-righteous of our times fail to understand a deep spiritual truth. Not only are ALL of us sinners, but we have quite a depraved heritage! The truly enlightened appreciate a church doctrine known as “total depravity.” It says “that all persons, as a consequence of the Fall (in Genesis), are born morally corrupt, enslaved to sin, at enmity with God, and unable to please Him or even of themselves to turn to Christ for salvation.”

Without God’s Divine and perfect intervention by the sacrifice of His only Son–Jesus the Messiah—we’re stuck in that depraved condition. Look deep enough and you’ll see the sin virus in your own life. Most of us refuse such self-examination or admission.

Sadly, 21st century Americans conclude that our seasoned wisdom has made us “better people.” We may not hold slaves. But we are instead enslaved to the moral depravity of our age. As the Scriptures say, “No one is righteous—not even one.” (Romans 3:10, NLT)

You can find a number of YouTube episodes and podcasts of Mark’s program, Moving People Forward at https://www.youtube.com/channel/UCosyuBzdSh1mXIas_kGY2Aw?
For more information on the Elfstrand Group, please visit www.elfstrandgroup.com
Articles of interest:
https://www.nytimes.com/2021/02/02/learning/should-we-rename-schools-named-for-historical-figures-with-ties-to-racism-sexism-or-slavery.html