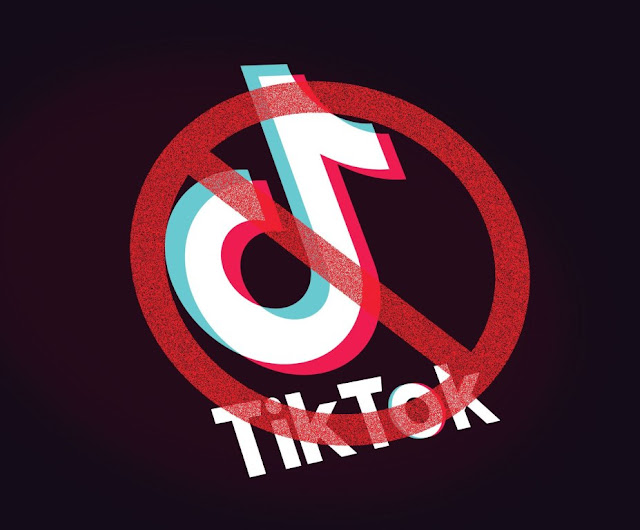 I have been rolling merrily along without even an ounce of concern about TikTok. That could be because sometimes ignorance is bliss. Other times, a lack of awareness lets a problem fester until it becomes cancerous.

It’s hard to say where TikTok fits into the puzzles of life. It’s become a hip and very popular app for the younger crowd in this country. Its source country is China, where they maintain a separate app for their market known as Duyin, which has over 300 million active monthly users.

The website influencemarketing.com reports, “Since its launch, the TikTok app’s popularity has been growing tremendously. In October, 2018…The app reportedly amassed over 500 million monthly active users, the US being the most popular country where it has been downloaded over 80 million times.” (Currently more than 100 million.)

The company mission seems noble enough: “TikTok is the leading destination for short-form mobile video. Our mission is to inspire creativity and bring joy.” The videos are distinctive in that they are described as “tall, not square, like on Snapchat or Instagram's stories, but you navigate through videos by scrolling up and down, like a feed, not by tapping or swiping side to side.”

How does such popularity suddenly spring up? Celebrity endorsement helps! Jimmy Fallon is a clear example. Jimmy, of course, is a popular television personality. In November, 2018, he started a new “challenges” section on his Tonight show. TikTok was a platform for this challenge.

Jimmy urged viewers to take on the #TumbleweedChallenge. Participants would “post videos on TikTok of themselves rolling like a tumbleweed.” Fallon himself took the challenge to start things off. As reported, “The challenge went viral and gathered over 8,000 entries and 10.4 million engagements, within a week.” Celebrities in other parts of the world have generated similar promotional results.

You’ve heard the phrase, “All politics is local”? So is the rising popularity of TikTok. It’s common for the app to run local contests and challenges. TikTok picks up on the current buzz through the use of localized hashtags.

An example would be the “1 million audition” contest that TikTok runs across several countries, separately. As influencemarketing.com explains, “For each contest, participants are given themes to create videos and then the top video creators are awarded. This contest not only leads to the creation of thousands of local videos for each country where it is held, but also helps TikTok creators gain recognition and followers.”

By now you should get the picture. (Pun intended.) The lives of American youth, in particular, have been invaded by TikTok. And once all their friends and social influencers are using the app, so must they.

Assuming it’s all innocent fun, there’s no need to worry, right? Not exactly. Because innocence can be lost without even knowing it.

On August 6th, President Trump signed an executive order effectively banning the use of TikTok in the United States. The White House claim is that TikTok captures vast swaths of information from its users including location data and Internet search history.

TikTok defends itself by saying that the company is open regarding the data it collects. It’s estimated that the amount of data collected is about the same as what you’d find in apps owned by our American tech companies (Google, Facebook, and Apple). Perhaps it’s true. But gathering info on American citizens by China certainly raises security concerns.
TikTok’s data collection agreement on mobile devices states: We collect information when you create an account and use the Platform. We also collect information you share with us from third-party social network providers, and technical and behavioral information about your use of the Platform. We also collect information contained in the messages you send through our Platform and information from your phone book, if you grant us access to your phone book on your mobile device. More information about the categories and sources of information is provided below.

NPR reported that “A federal class-action lawsuit involving dozens of American families claims an independent security review of TikTok revealed that the app is siphoning data, including the facial profiles of American children, and sending it to Chinese servers, though the suit does not provide evidence any information has ever been transferred to the Chinese Communist Party.”

The solution may be for an American firm to acquire TikTok. Microsoft is one of several companies in talks to acquire the app.

But there may be another issue here revealing a bigger problem. I'll look at that next week. The clock…is ticking.
That’s Forward Thinking. Click on the link to the right to connect via Facebook.
Enjoy the new Moving People Forward YouTube program and podcast at
For more information:
https://influencermarketinghub.com/what-is-tiktok/
https://www.npr.org/2020/08/06/900019185/trump-signs-executive-order-that-will-effectively-ban-use-of-tiktok-in-the-u-s
Posted by Mark Elfstrand at 1:00 AM