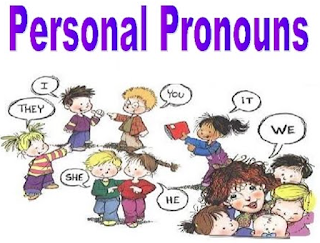 I must first admit I do not understand the transgender mind. Or that of cross-dressers. Or the myriad of other variations of how people seek to rewire human sexuality.

To some, that would immediately discount what I am about to share. Their response might be something like, “You’re right. You DON’T understand.” And there is some truth in that.

On the other hand, I do have a rather long and experienced history of watching humanity drift into what THEY don’t understand and accept it as “normal.” In the process, souls are dragged into various stages of confusion and often depression. But not as a result of those speaking truth.

In May, singer Demi Lovato announced to the world that she is “non-binary.” In her own words, from a video posted on Instagram. "Over the past year and a half, I've been doing some healing and self-reflective work. And through this work, I've had this revelation that I identify as non-binary. With that said, I'll officially be changing my pronouns to they/them."

Some of us need a little more explanation. So Demi is saying that identifying as nonbinary "best represents the fluidity I feel in my gender expression" and also "allows me to feel most authentic and true to the person I both know I am and am still discovering.” Who knows where this discovering may end?

Becoming “they/them” is kind of an in thing. No doubt, Lovato’s announcement to her millions of fans will likely lead some to reconsider their sexual identity. They will help us all become more confused.
Regarding gender transformation, consider the words of wisdom from Wesley J. Smith, an author and a senior fellow at the Discovery Institute’s Center on Human Exceptionalism: “It is astonishing how the transgender moral panic has swept actual science aside,” Smith wrote in National Review. “... Rather than permit people to have their records changed, as happens now in all but two states—and to accommodate the potential future subjective, emotional desires of the very few—the objective biological reality for the many (in all but an infinitesimal number of births) must be sacrificed.”

The murky waters get murkier when we who don’t drink this "Kool-Aid" are asked to play along. This sometimes involves threatening actions by organizations if you fail to refer to these souls by their chosen pronouns. An example is what we learned in September about a policy at a university in Pennsylvania.

Point Park University likely claims to believe in tolerance. But their student body all received an email from the school's Office of Equity and Inclusion highlighting its Misgendering, Pronoun Misuse, and Deadnaming Policy. Campus Reform was able to get a copy of the correspondence which states, “any individual who has been informed of another person’s gender identity, pronouns, or chosen name is expected to respect that individual." If a complaint was filed then “action could be taken.”

Like what? Student Government President Dennis McDermott said he wasn’t sure, but felt it could reasonably be assumed that any violation, which in this instance applied to misgendering, misuse of pronouns, or incorrectly using someone’s deadname when you are aware of their preferred name and pronouns, could result in "a similar action to any act of discrimination against students on campus.”

Perhaps the school should review the findings of the Supreme Court of Virginia. Over the summer, these justices upheld a lower court ruling ordering the reinstatement of a northern Virginia gym teacher who said he won't refer to transgender students by their pronouns. The VA Supremes defended the teacher on free speech grounds.

I’m not good with calling people “they/them.” Or any other pronoun malfeasance. I might try, “Hey you.” Or, “Person in the third row 2nd from the back.” Forgive my rebel attitude.

What would Jesus do? I can’t speak for Him. At one point, He reprimanded the Pharisees for establishing rules of their own game for others to follow. He said, “You have a fine way of setting aside the commands of God in order to observe your own traditions!” (Made up rules) (Mark 7:9, NIV)

The pronoun game does not deserve our respect. Clear thinkers must take us back to that which is rational and right.

The battle seems to be on between “us” and “them.”
That’s Forward Thinking. Click on the link to the right to connect via Facebook.
You can find a number of YouTube episodes and podcasts of Mark’s program, Moving People Forward at https://www.youtube.com/channel/UCosyuBzdSh1mXIas_kGY2Aw?
For more information on the Elfstrand Group, please visit www.elfstrandgroup.com
Articles of interest:
https://www.christianheadlines.com/contributors/michael-foust/ama-urges-removal-of-sex-from-all-birth-certificates-there-is-no-clear-standard-for-deciding-a-babys-sex.html?utm_source=ChristianHeadlines%20Daily&utm_campaign=Trending%20Now%20-%20ChristianHeadlines.com&utm_medium=email&utm_content=5150123&recip=553416298
https://www.npr.org/2021/08/31/1032929550/virginia-teacher-transgender-pronoun-supreme-court
Posted by Mark Elfstrand at 1:00 AM