The Murky Waters of Justice 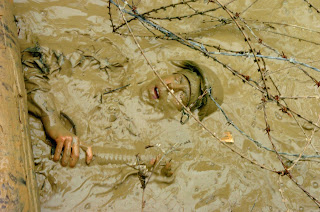 It was the fall of 1968. My high school debate partner and I were given our first look at a national resolution on which teams would face off during the coming school year. It read, “Resolved: That Congress should establish uniform regulations to control criminal investigation procedures.”

Recent Supreme Court decisions were changing the ways arrests were being made. Criminals now had to be read specific rights. Cases brought to light were the Miranda and Escobedo decisions.

It was this season of debate that tweaked my interest in becoming a lawyer. Something I would not pursue – although it was what I told my classmates at graduation time. I felt, as many did, that justice was turning a blind eye to punishing criminal activity when justified. Yes, rights are important. But crimes should be punished. Conversely, people should not be punished for exercising freedoms that clearly do no wrongful intent.

Two cases in the news of the past couple of weeks provided examples of what seems like injustice. First, was the decision to release comedian Bill Cosby. There was nothing funny about his purported offenses.
In April of 2018, Mr. Cosby was convicted of drugging and sexually assaulting one of many women who accused him of similar misconduct. He was sentenced to three to 10 years in prison. Cosby was sent to serve his term at a maximum security facility in Pennsylvania.

On June 30th, Pennsylvania’s highest court overturned his sexual assault conviction and the man went free. Many were shocked. #Me too. According to the LA Times, “Legal experts say the court’s decision, which didn't involve the facts of the assault but rather actions by the prosecutor, was based on an uncommon technicality and probably won’t have wider legal implications.”

Get that? He was released on an “uncommon technicality.” Keep in mind, some sixty women have accused Cosby of sexual misconduct. Just bury justice in the ground somewhere, okay? Now he plans to return to the stage.

As the owner of the flower shop, Ms. Stutzman served everyone who came to her store. That included a longtime customer and friend Rob Ingersoll, a “gay” man she had graciously served for nearly ten years, designing many beautiful and creative floral art creations.

When Rob asked her to design arrangements to celebrate his same-sex wedding, Barronelle drew the line. She knew that her Christian beliefs about marriage would require her to say no. And she told him so.

Alliance Defending Freedom, who defended Ms. Stutzman, explains, “So, she walked Rob to a quiet part of her shop, took his hand in her own, and gently told him why she couldn’t do what he asked. Barronelle then referred Rob to three local floral artists who she knew would do a good job. They chatted a few more minutes about Rob’s wedding plans, hugged, and then Rob left the shop.”

However, Rob’s partner posted about the rejection on social media. News coverage of that post was seen by the Washington Attorney General, which prompted a lawsuit against Barronelle. The “offended party” not only went after Barronelle’s business, but also sued her in a personal capacity. Later, the ACLU also joined in, filing a separate lawsuit on behalf of Rob and his partner.

The Old Testament prophet Amos wrote, “But let justice roll down like waters, and righteousness like an ever-flowing stream.” Amos 5:24 (ESV)

The legal waters seem awfully murky.
That’s Forward Thinking. Click on the link to the right to connect via Facebook.
You can find a number of YouTube episodes and podcasts of Mark’s program, Moving People Forward at https://www.youtube.com/channel/UCosyuBzdSh1mXIas_kGY2Aw?
For more information on the Elfstrand Group, please visit www.elfstrandgroup.com
Articles of interest:
https://adflegal.org/blog/devastating-news-us-supreme-court-declines-hear-barronelle-stutzmans-case
https://www.christianheadlines.com/columnists/breakpoint/barronelle-stutzmans-long-obedience-and-the-failure-of-the-court.html?utm_source=ChristianHeadlines&utm_campaign=Connecting%20through%20Crisis%20-%20ChristianHeadlines.com&utm_medium=email&utm_content=5029565&recip=530696604
https://www.latimes.com/entertainment-arts/story/2021-07-07/bill-cosby-is-planning-his-return-to-comedy
Posted by Mark Elfstrand at 1:00 AM