The DAY is Coming 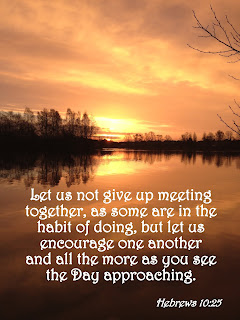 It’s stunning to consider how many events across our nation have been cancelled or minimized due to COVID-19 concerns. One of the nation’s premiere trade show locations has been dark for months. In the first quarter of 2021, cancellations at McCormick Place in Chicago included the Winter Volleyball Championship, SoxFest, the International Air-Conditioning/Heating/Refrigeration Exposition, and the Chicago Dental Society Annual Mid-winter Meeting—a huge event!

February is also the month that huge crowds turn out for the annual Chicago Auto Show. Not this year. Optimistic organizers are hoping the major event held at McCormick Place can occur this spring. Jenni Newman, editor in chief of Cars.com, believes this demonstrates that Chicago is “resilient.” We’ll see.

Calculations for how much business revenue has been lost for the Windy City are into the gazillion-sphere. Beyond the convention sites, there’s hotel and restaurant revenue, tourism activities, transportation related income, etc. All because of some stinking, annoying, and deadly virus that escaped out of China last year.

Sadly, two very meaningful annual events that happen around this time also decided to forego their gatherings. The first is the annual March for Life. This highly visible mustering of thousands of pro-baby voices usually descends on Washington, D.C., in January. This year? A mostly virtual event. It was said that aside from the virus concerns, the issue of risk for police presence was also cause for the change. Figure that one out.

The first Thursday in February is traditionally when another significant gathering is held: The National Prayer Breakfast (NPB). The event, whose history dates back nearly seven decades, draws thousands of attendees from around the world. For 2021, the NPB will stream online as another victim of virtual togetherness.

A nonprofit group called the Fellowship Foundation organizes the annual affair. Sometimes known as the Family and the International Foundation, the Fellowship has put this gathering together since 1952. That year, President Dwight Eisenhower addressed nearly 400 politicians along with business and religious leaders.

Then, in 1953 with the help of members of Congress, what was once known as the Presidential Prayer Breakfast became a tradition. Billy Graham was a fixture on the dais for many years. Every president has spoken at the invitation-only event since 1953, often becoming one of the first post-inauguration speeches given by a new president.

I’ve attended a few of the “breakfasts”—although they are far more than a single morning event. Held in a hotel ballroom, some 3500 guests participate. There are international invitees from over 100 countries. Meetings take place before and after the actual breakfast, displaying a mission of how Jesus can make a difference bringing people together and changing individuals, communities, and governments. Many truly special stories emerge during this time.

Frankly, the absence of thousands of souls turning out for the March for Life and the National Prayer Breakfast robs us of the treasure found at each. Coming face to face and finding unity for the cause of Christ cannot produce the same beauty in a Zoom meeting. Spiritual synergy develops in person.

The devil’s playground is empty of joy. Hebrews 10:24-25 tells us “And let us consider how to stir up one another to love and good works, not neglecting to meet together, as is the habit of some, but encouraging one another, and all the more as you see the Day drawing near.”

Yes, it is great to be able to “see” family and friends by video—especially across the miles. But without the touches, the hugs, and the kisses of beloved family, there is still a sense of virtual emptiness. And no fake crowd noise or cardboard cutouts at sporting events can make up for the real thing.

COVID-19 may be showing us that truly “the Day” is drawing near.
That’s Forward Thinking. Click on the link to the right to connect via Facebook.
You can find a number of YouTube episodes and podcasts of Mark’s program, Moving People Forward at https://www.youtube.com/channel/UCosyuBzdSh1mXIas_kGY2Aw?
For more information on the Elfstrand Group, please visit www.elfstrandgroup.com
Articles of interest:
https://dailycaller.com/2021/01/15/march-for-life-cancelled-in-person/
https://www.christianpost.com/news/national-prayer-breakfast-held-virtually-in-2021-due-to-covid-19.html
Posted by Mark Elfstrand at 1:00 AM