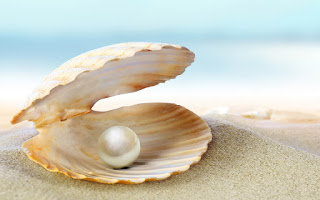 Thursday, Lord willing, will be my 69th birthday. There are ample sources of quotations to inspire us as we journey in life. Obviously, some resonate more than others on a personal level. It is with that in mind that I’ve decided to share of few of my favorites that give me pause to reflect and, in several cases, act upon.

I’ll begin with a treasure from William Gladstone, who was a British statesman and politician. During his 60 year career, he served for 12 years as Prime Minister of the United Kingdom. His four terms began in 1868 and ended in 1894. Here was an example of his wisdom:

"To comprehend a man’s life, it is necessary to know not merely what he does, but also what he purposely leaves undone. There is a limit to the work that can be got out of a human body or a human brain, and he is a wise man who wastes no energy on pursuits for which he is not fitted; and he is still wiser who, from among the things that he can do well, chooses and resolutely follows the best.”

Next is a powerful reminder from John Newton. Having had early religious instruction from his mother, who passed when John was a child, his religious convictions had faded. His father was fond of sailing the seas, and young John followed in his footsteps—eventually becoming captain of his own ship profiting from the slave trade.

On a particular voyage, while attempting to navigate through a violent storm, Newton would experience what he termed as his “great deliverance.” At one critical moment all seemed lost. Confident that the ship would surely sink, he cried out, “Lord, have mercy upon us.” His journal tells us that later reflection about his mercy plea led him to believe that God had reached out to him through the storm and that grace had been bestowed to him. Newton’s conversion was dramatic, calling him out of the slave trade. He is known for penning the words to the song, Amazing Grace. I love this quote from John Newton:

"If the Lord be with us, we have no cause of fear. His eye is upon us, his arm is over us, His ear open to our prayer, His grace sufficient, His promise unchangeable.”

Les Brown is given credit for this next gem. Leslie Calvin (“Les”) Brown was born in 1945 and held a variety of jobs. He’s a former Ohio politician having served in their House of Representatives, also an author, a radio DJ, and former host of The Les Brown Show. Brown is also a motivational speaker, often using the catch phrase, "It's possible,” as he encourages people to follow their dreams, as he had learned to do. This quote reveals the way he sees life…

I’ve been unable to trace the source of this next maxim—but I’ve pondered the significance of it on many mornings.

"All men are created equal. At birth and at death all men are the same, all are equal. It is life that is not equal. Life is the time given each one of us from our first breath to the last. To live life all we have to do is to decide what to do with the time given us. Will you live life or let life live you?”

I will end with this one. It is, in essence, something of a life verse I recite almost every day. It gives me hope: "The LORD will fulfill his purpose for me; your steadfast love, O LORD, endures forever. Do not forsake the work of your hands.” Psalm 138:8 (ESV)

Perhaps you will agree with my assessment of the quality of these quotes. Pearls of wisdom can take us a long way.

May you be blessed.
That’s Forward Thinking. Click on the link to the right to connect via Facebook.
You can find a number of YouTube episodes and podcasts of Mark’s program, Moving People Forward at https://www.youtube.com/channel/UCosyuBzdSh1mXIas_kGY2Aw?
For more information on the Elfstrand Group, please visit www.elfstrandgroup.com
Articles of interest:
http://www.anointedlinks.com/amazing_grace.html
Posted by Mark Elfstrand at 1:00 AM