Equality... Over the Top 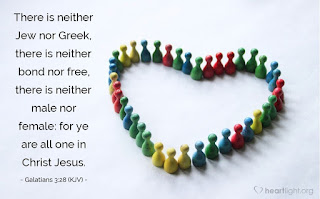 I feel we could well be reaching that point with sports and the racial equality and social justice movements. Of course, I would not be allowed to say this if I worked for any major media—be it radio, newspapers, or television. I could not likely say it if I had major sponsors for any of my writings. The pressure companies face is too great.

All sporting events seem to have taken the pledge to make some form of a diversity statement show up in a myriad of ways. It’s more pronounced, of course, in sports where black athletes are highly visible. Hockey and golf pay homage to the issue, but it has not become the dominant conversation point.

In baseball, the NBA, and now football, we find ourselves in their version of re-education camps. In watching a recent Chicago White Sox and Minnesota Twins contest, a huge banner now sits at the right field wall at Target Stadium. It is there to “honor” George Floyd. Even the Minnesota music legend Prince did not receive such a tribute!

Thursday Night Football on NBC was a steady stream of discussion and commentary from the announcers and in features both in pre-game shows and the actual game itself. (It’s always helpful to hear two white guys paid to make their pitch on the importance of social justice. Yawn.)

The game itself took on a bizarre moment related to pre-game song performances. The Kansas City Chiefs had all their players lined up and locking arms to the tune of “Lift Every Voice.” This was followed several minutes later by a performance of our national anthem in front of the same display of “unity” from Chiefs players and coaches. Minority artists performed both songs. A must.

But what made the showing a bit bizarre (as I noted) was the absence of the Houston Texas team for either song! They chose not to make a “statement,” which they felt would be distracting to the game. And as a result, their team was booed by KC fans in the stadium. Something that apparently bewildered Houston player J.C. Watts!

Saturday now has some college football being played. I switched on Fox for their pre-game show on Saturday. Lo and behold…what should I see? Lots more chatter on the same topic. And watching a few players warm up, t-shirts with messaging related to the issue as well. In other words, it’s everywhere!

Like many of my caucasian brothers and sisters, I support the idea that black lives matter—but not the organization by that name. Two inspirational black leaders of our day— Tony Dungy and Ryan Bomberger—dare speak up on issues like abortion and homosexuality in ways that put them in media peril. Ryan goes further.

Bomberger, whom I’ve interviewed, wrote a superb article earlier this year titled, “Top Ten Reasons I’ll Never Support the #BlackLivesMatter Movement.” Read it…and weep. Weep, because of all those souls who cannot separate the movement from the evil backside it reveals. (story link below)

If the souls of all these Americans who are suddenly socially conscious were bared for all to see, shame would be on many faces. Racism is a sin of the heart. Preaching to darkened souls the “radical” idea that every person created by God is of great worth is lost on most people. Just look at the way the false gods of Hollywood and sports are idolized for their “worth” compared to you and I.

Jesus followers KNOW the following statement to be true (if they are genuine): “Faith in Christ Jesus is what makes each of you equal with each other, whether you are a Jew or a Greek, a slave or a free person, a man or a woman.” Galatians 3:28 (CEV) We are to believe it and live it.

Attempting to press the message of equality and value of our fellow human beings is a lost cause on lost souls. And in the massive attempt to do this, I fear it’s going over the top. Instead, it’s creating tune-out.

Just don’t tell anyone I said that. Well, except Dungy and Bomberger.
That’s Forward Thinking. Click on the link to the right to connect via Facebook.
You can find a number of YouTube episodes and podcasts of Mark’s program, Moving People Forward at https://www.youtube.com/channel/UCosyuBzdSh1mXIas_kGY2Aw?
For more information:
https://www.theradiancefoundation.org/blm/\
Posted by Mark Elfstrand at 1:00 AM